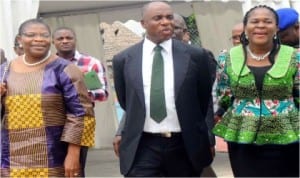 Outrage In Senate Over Cop’s Rape Of Two-Yr-Old