The Head Coach,
Sunshine Stars FC of Akure, Fatai Amoo, has described the recent call for his dismissal by the club’s supporters, due to his alleged poor performance, as baseless.
Amoo dismissed the threat in an interview with newsmen in Lagos.
“Akure gunners’’ finished the just-concluded 2012/2013 Globacom Premier League in the 12th position, with 52 points from 38 matches.
“I want to categorically state that those allegations are sponsored. The rumour was fuelled by those that are disappointed that the team didn’t suffer relegation.
“The speculations are unfounded and I will advise those peddling the rumour to desist from such; they should not bring chaos into the club,’’ Amoo said.
Amoo said that he would continue to improve himself as a coach, in order to impact positively on players under his tutelage, and to get the club back on the winning track.
“I’m one of the few coaches that try to re-invent every season, so as we speak, I will soon be going for a refresher course in America.
“I believe that learning is a continuous process, as long as one is still alive. I train myself yearly, so I’m in tune with current trends,’’ he said.
The 2012/2013 NPFL season ended on October 20, while the 2013/2014 season is expected to kick off on November  22, 2013.
On the time frame for next season’s resumption date and its feasibility, Amoo said that the break was too short for clubs to restore back to their form.
“Professionally speaking, I think the break is short; anything is possible in Nigeria.
“So, I won’t rule out the possibility of the November 22 resumption date, Sunshine Stars will be ready whenever they are,’’ he added. 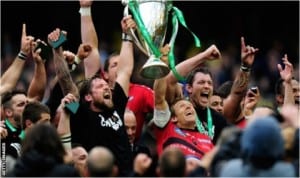