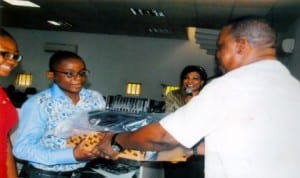 The Federal
Government says it will connect all Nigerians to broadband within the next five years in a bid to strengthen the information and communications technology subsector.
The Vice President of Nigeria, Mallam Namadi Sambo, said this at the 2013 Commonwealth Telecommunication Organisation (CTO) forum and council meeting held Tuesday in Abuja.
The theme of the meeting was “Innovation through broadband,” which paid more attention to how commonwealth countries would harness broadband to improve access to ICT and communications in general.
Sambo who spoke through the minister of Communications Technology, Mrs Ombola Johnson, noted that most countries of the world have discovered the need to expand broadband due to its economic and social impact on the populace.
He noted that most countries in Africa still lack access to the Internet, adding that much needs to be done to provide Internet access to the people.
The Tide learnt that one of the significant impact of broadband, was the way it has facilitated economic development of most countries in the world.
The executive vice chairman of the Nigerian Communications Commission (NCC), Dr Eugene Juwah, spoke on his commission’s full realization of the impact of broadband to the overall development of the economy.
He also noted that Nigeria has adopted broadband as a platform to leverage and improve on the existing benefits in the telecommunications sector.
The NCC boss also revealed that the National Broadband Development plan has been greeted with unflinching support in articulation and implementation.
The Tide source, in Abuja, said that the meeting was attended by up to 20 ministers of communications and 225 delegates chosen from the common-wealth countries.