The Nigerian National Petroleum Corporation (NNPC) yesterday said a daily production of 400,000 barrels per day had been restored to the crude oil output available for export in the country.
The corporation’s Acting General Manager (Public Affairs), Miss Tumini Green, stated this in a statement she issued in Abuja yesterday.
“The restoration of the 400,000 barrels to the daily production output was made possible by the re-opening of the three major trunk lines, which were shut down due to the activities of pipeline vandals.
“The affected trunk lines are the Trans Niger Pipeline, the Nembe Creek Pipeline and the Tebidaba-Brass Pipeline,’’ the statement said.
It said efforts by the Federal Government resulted in the restoration of the three lines.
“One of such is the setting up of a Security Strategy Committee headed by Gov. Emmanuel Uduaghan of Delta,’’ the statement said.
It said further that the restoration of the pipelines will enhance increased production and shore up the revenue accruing to the country.
The statement commended what it described as the renewed proactive measures by the federal government to curb pipeline vandalism and crude oil theft in the country.
It said efforts by the Minister of Petroleum Resources, Mrs Diezani Alison-Madueke, have also started yielding positive results in the fight against vandals.
The statement recalled that pipeline vandalism and crude oil theft had resulted in the shutdown of three major trunk lines, accounting for the shut-in of 400,000 barrels per day.
It said the rise in crude oil production in the country to 2.4 million barrels per day was as a result of the recent intervention by the federal government.
It assured that the recent approval of N15 billion by the National Economic Council (NEC) would go a long way in curbing the menace.
Our correspondent reports that the fund had been approved for an adequate policing of oil and gas installations in the Niger Delta.
The statement said the major achievements of the petroleum resources minister in recent times include the sustained petroleum products’ supply and distribution across the country.
Meanwhile, Stakeholders in the environment sector have questioned contracts being awarded by the Hydrocarbon Pollution Restoration Project (HYPREP), for the clean-up of oil-ruined Ogoniland in the Niger Delta, saying that many of such contracts were spurious and unverifiable.
Leading renowned experts in interrogating the Federal Government’s agency is the Environmental Rights Action (ERA), a foremost environmental rights advocacy group based in the Niger Delta.
Executive Director of the group, Godwin Ojo, who made this known in Port Harcourt, the Rivers State capital, pointed out that on the eve of the one-year anniversary of the release of the United Nations Environment Programme (UNEP) assessment on Ogoniland, the Federal Government hurriedly announced the formation of HYPREP.
According to him, “HYPREP has been awarding so-called clean up contracts that cannot be verified. HYPREP seems to usurp the responsibility of NOSDRA, causing inter-agency wrangling and conflict that undermines environmental protection.”
ERA’s position corroborates that of many Ogonis, including the Movement for the Survival of Ogoni People (MOSOP), leading politicians, traditional rulers, and other leaders, who have repeatedly called on the Federal Government to kick-start the genuine, transparent and verifiable implementation of the United Nations Environment Programme recommendations on the massive pollution and devastation of Ogoniland following over 50 years of unmitigated oil and gas exploitation in the area.
The ERA boss was speaking during the second training on investigative journalism organised for Nigerian journalists by his group, and partner, VIKES, the Finnish Foundation for Media Communication and Development.
The training, first held in Port Harcourt last October, however, ran between September 17 and 18, and was designed to share knowledge about local, national and global environmental issues, examine challenges facing investigative environmental reporting while exploring strategies for improving the practice.
Participants were drawn from print and electronic media organizations from Rivers and Bayelsa states, while the facilitators included three journalists (two from Nigeria and one from Finland).
ERA’s Head of Media, Philip Jakpor, in his opening remarks, said the idea of the media training on investigative environmental reporting conceived in 2011 was to coach Nigerian journalists on basic steps in investigation, while buoying efforts to bring to the front burner of national discourse, the environmental issues that confront Nigeria as a nation and the globe.
In his presentation titled: “Overcoming Nigeria’s Environmental Reportage Gaps,” Ojo, focused on identifying existing gaps in environmental reporting among Nigerian journalists.
He explained that the objective of the training was to build the capacity of Nigerian journalists to go beyond merely reporting the state of the environment; to actually improving the knowledge base of journalists to have a better grasp of the various components of the environment and possible threats, and techniques in investigation.
He added that in relation to investigation on the state of the environment, the journalist has to be aware that there are various environmental problems which directly threaten livelihood sources and quality of life.
The ERA media chief noted that most of the investigative reports were of low quality in terms of knowledge about core environmental issues and their political, economic and socio-cultural contests, adding that it was this observed gap that triggered the need for the training to improve journalists’ research skills and information gathering techniques.
Some of the issues ERA identified that are under-investigated or unreported are: the impending water stress and scarcity, lowering farm yields, hunger and poverty, weak resilience due to inadequate infrastructure, coping mechanisms and adaptation measures associated with climate change. 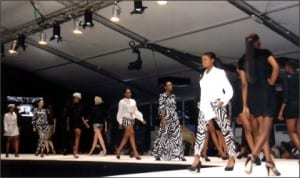