Contrary to wide spread speculations that the Rivers State House of Assembly suspended the executive chairman and councillors of Obio/Akpor Council, Leader of the Assembly, Hon Chidi Lloyd says, what the House did was to ask the council leaders to step aside’ for unimpeded investigation.

According to the leader, a petition had be forwarded to the House Speaker, Rt Hon Otelemaba Amachree who in turn directed the House committee on local government  Area administration to investigate the issues.

Speaking in an exclusive interview with The Tide in Port Harcourt, Wednesday, Hon Lloyd explained that it was upon the submission of the standing committee’e report that the House resolved that the local government leadership should step asside.

He described as baseless suggestions tht the petition to the Assembly ought to have been handled by the House’s Adhoc committee on public relations an cmplaints, saying the House’s rules allows the Speaker to assign responibilities to either adhoc or standing committees.

On whether the House has the power to exercise such action on a duly elected local government executive, Hon Lloyd replied in the affirmative, quoting the Rivers state Local Government Administration law already in place.

‘The law is clear. Whether it goes down with some and doesnt with others does not mean the law is not there. Those who dislike the law are at liberty to seek legal redress”, Lloyd explained.

Asked why the House was yet to sit since its last planned sitting that was disruppted by protest, Lloyd said, “ we dont feel safe. Secondly, that protest concided with our recess so the Assembly, decided rto adjourn sine die, he explained.

According to him, the House has already communicated the national Assembly, the level of insecurity and was awaiting further actions.

Asked whether the situation would not negatively affect the statutory 189 day, the House is expected to sit, Lloyd replied, ‘we have already met the target.Infact, we were about to proceed on recess beffore the political drama now being acted in the state. 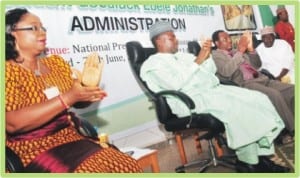 US To Partner Rivers To Resolve Conflicts