The National Industrial Court sitting in Abuja has made an order of interlocutory injunction restraining the non-indigenous Petroleum Tankers Drivers Union,  Onne depot, Rivers State, from  organising or conducting  election in the executive offices of the body.

The presiding judge, Justice M.N. Esowe who made  the order in Abuja recently also restrained their privies, agents, servant or any other person(s)  acting at their behest from doing the same.

The order, which was made available to The Tide in Port Harcourt, Tuesday  explained that the claimant/applicant: John B. Gberesuu, Chief Lawrence Enweh, William I: Asuru, Ogbonna Worchuu, Comrade Tobin J. Ukuta and Festus B. Legbara, who are indigenes of Rivers  and Bayelsa States had filed a suit against a splinter group consisting of mainly non-indigenes of the two states.

The claimants in suit No: NIC/ABJ/188/2012 Contended that they were the benafide indigenes of Rivers and Bayelsa States who have the right to occupy positions in the PTDU unlike  the defendent/respondents.

Consequently, the claimants had made an  application for an order of interlocution injunction restraining the  defendants/respondents: John Amajuoyi, George Udofia, Chief Anthony Okafor, Emeka M. Nzeh Chima Chijioke and Dominic Nmerengwa from organising and conducting any election  in  the executive  offices of the body.

However, the defendants/respondent in their  counter affidavit  claimed that the 1st  defendant was the  current  chairman and that  membership positions cut across the ethnic divides as people from different tribes were part of the executive.

It further  explained that the court was not informed as to who the leadership rested on since February 2013.

Justice Esowe, however, ordered accelerated hearing so that each party would know its stand and can vie for the elections if qualified. 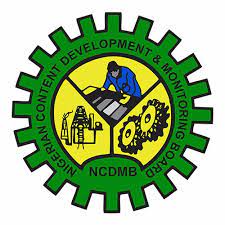 As part of its vision to make Bonny Island, its operational, a tourist haven, Bonny-Dubai Vision, the Nigeria Liquefied Natural Gas Limited (NLNG), has concluded a 2-week intensive and hands-on training on tourism business and entrepreneurship for some Bonny youths in partnership with Goge Africa.
The training equipped the youths with skills to enable them to function as tour guides and champions of tourism, especially in the areas of cultural and eco-tourism. The trainees will use existing tourist attractions/landmarks to promote the tourism potentials of Bonny Island.
In her remarks, NLNG’s General Manager, External Relations and Sustainable Development, Mrs. Eyono Fatayi-Williams, said the trainees are expected to create and drive businesses that will draw tourists to the Island. She remarked that the capacity-building initiative would deliver dividends inthe future when the Company’s vision of Bonny-Dubai would have become a reality.
“The Bonny-Dubai Vision is a strategic development intervention by NLNG that seeks to make Bonny a major international investment destination by the year 2040. We aim to diversify the Island’s economy, especially with Bonny’s rich potential from its unique history, culture, and traditions, from reliance on oil and gas activities to other areas such as tourism.
“To make this goal a reality, we are currently finalizing the Bonny Tourism Masterplan, which will detail the step-by-step activities that will bring the vision alive. These activities include the deepening of eco-tourism at the Finima Nature Park and alignment with Bonny Kingdom and community stakeholders. Other activities include engagements with community, local and foreign investors on tourism opportunities in Bonny and the rebuilding of the Bonny Consulate building, a significant landmark that will serve as the hub for tourist activities on the Island,” she stated.
Mrs Fatayi-Williams added that NLNG intends to create a tribe of committed Bonny ambassadors who will market Bonny to the outside world.She expressed confidence in the ability of Goge Africa to provide the needed experience and expertise to encourage innovation and maximise Bonny’s existing opportunities.
Bonny Island, a historical trade hub in Rivers State, is home to NLNG’s sponsored Finima Nature Park, a 1,000 hectares land of freshwater swamp forest. The park was designated an internationally acclaimed centre for Wetland Education and became a Wetlands Link International member in 2019.
Continue Reading