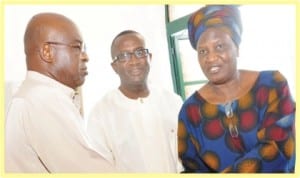 The Pilot Group, Rivers State has felicitated with Governor Chibuike Amaechi, Executive Governor of Rivers State and the chairman, Nigeria Governors’ Forum on his victory at the just concluded NGF elections.

In the light of the recent claim of victory by Governor Jonah Jang of Plateau State over the same election, the Pilot Group challenged the NGF to make public the full video coverage and other electoral processes observed in course of the said NGF election.

In a statement in Port Harcourt, the group said that as part of our objective to fight injustice and uphold democracy, the Pilot Group wishes to reiterate that fairplay, justice and sound political principles should be the bedrock of an enduring democracy. Our governors therefore, should display maturity in their political activities as it is a pointer to what to expect in our intra/inter party elections.

“In line with the transformation agenda of the President of the Federal Republic of Nigeria, His Excellency, Goodluck Ebele Jonathan, we call on our governors to be magnanimous in victory and accept defeat without bitterness, which is the hallmark of advanced democracy”, the group added.

The Pilot Group admonished the National Working Committee of the Peoples Democratic Party to exercise caution in its responses to the internal affairs of Rivers State.

We believe that efforts should be made to ascertain the lawfulness or otherwise of the suspension of the Obio/Akpor Council leadership before any process can be invoked by the party on its defaulting members, if any”, it stated.

The Pilot Group, Rivers State, therefore, called on Nigerians to embrace exemplary leadership and full participation in political processes that will engender and sustain good governance at all levels.