The Speaker of the Rivers State House of Assembly, Rt Hon Otelemaba Dan Amachree, has raised alarm over the withdrawal of all security personnel posted to provide protection to him and his office.

In a statement yesterday, Amachree said that “sequel to my letter to the President of the Federal Republic of Nigeria, President Goodluck Ebele Jonathan GCFR, Commander-in-Chief, Nigerian Armed Forces of plans by some persons to unleash mayhem in the state, the Commissioner of Police, Rivers State, Mbu Joseph Mbu, has unceremoniously withdrawn the police orderly and escort attached to me.”

The speaker said, “I have earlier expressed my fears about plans to withdraw security operatives from the governor and top officials of the Rivers State Government, including myself, thus, making us vulnerable to attack by hoodlums.

“Now, my fears are made worse by the recent murder of an aide to Chief Godspower Umejuru Ake, Mr Eric Ezenekwe, at his home town in Erema, Ogba/Egbema/Ndoni Local Government Area of Rivers State.”

While lamenting the inaction of the police commissioner, the Speaker insisted “on this premise, I still stand on my earlier call for the redeployment of the Commissioner of Police, Rivers State, Mr Mbu Joseph Mbu.”

The Speaker said he believed that his fears for his life had been confirmed  following the assassination last Tuesday night, of a principal aide to Chief G.U.Ake, who was said to have been tortured and shot to death in his house at Erema in Ogba/Egbema/Ndoni Local Government Area of the state.

The killing, he said had, sent shockwaves around government circles, as politicians and government officials now see the alleged withdrawal of police orderlies and aides as a big security threat to their lives.

However, while confirming the killing of Mr Ezenekwe, the state police Public Relations Officer (PPRO), Mrs Angela Agabe, denied police withdrawal of security aides attached to either the Speaker or other appointees as largely speculated.

‘I have been receiving calls from many quarters and I have repeatedly informed them that there is no iota of truth in that allegation, ‘she said.

The Police PPRO however assured that the state police command had begun investigation into the reported murder and promised to fish out the culprits and bring them to justice. 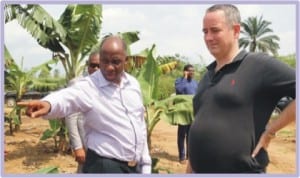