The Nigeria Union of Teachers (NUT) will on June 1 embark on strike in 18 states yet to implement the 27.5 per cent, Teachers Enhanced Allowance.

This is contained in a communiqué jointly signed by the National President, Mr Michael Olukoya, the Secretary General, Obong Obong and the National Publicity Secretary, Suleiman Gambari.

It stated that the decision was taken at the end of the union’s National Executive Council (NEC) meeting held in Asaba.

The union expressed concern on the reluctance of some state governments to pay the 27.5 per cent allowance and the non-implementation of the N18, 000 minimum wage.

It stated that the action was discriminating against teachers, and called on state wings of the union to embark on a stay-at-home strike.

The NEC called on the Federal Government not to implement the recommendation of the Orosanye-led panel to scrap JAMB and National Examination Council (NECO).

It said that NECO represents Nigeria and the patriotic interest of the teachers, pupils and parents under the exclusive control and determination of Nigerian government and people.

The union said that NECO should remain as an alternative and competing examination body in Nigeria.

It reminded the Federal Government of its agreement to pay the shortfall in the payment of the 2011 Millennium Development Goals/Nigeria Teachers Institute training allowance to teachers.

The NEC said that it was committed toward the provisions of the National Policy on Education, which prescribe National Certificate in Education as the minimum teaching qualification in Nigeria. 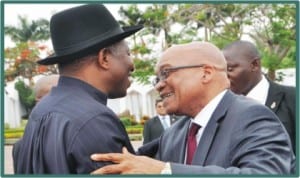 ‘Ruling On Rivers PDP, A Travesty Of Justice’