Security agencies have discovered 23 illegal petroleum refineries in Atani, Ogbaru Local Government Area of Anambra State, according to an officer.

The Commandant of the Nigerian Security and Civil Defence Corps (NSCDC) in the state, Mr Michael Ochogwu, announced the discovery in an interview with newsmen in Awka yesterday.

Ochogwu said naval officers from their Onitsha outpost discovered the illegal activities and invited the NSCDC to inspect and evacuate the tanks and products.

He said a combined team of the NSCDC, the Nigeria Army and the Nigerian Navy visited the area and discovered 23 illegal refineries near Iyiowa Odekpe, Atani in Ogbaru.

“We travelled for almost one and a half hours before reaching the site of the refineries,’’ he said.

Ochogwu noted that the vandals operating the facilities were not arrested “because they took to their heels on citing the army and naval officers who discovered their nefarious activities’’.

He expressed surprise that for long, some Nigerians had created illegal refineries on the river bank to refine crude oil illegally transported from the sea.

While commending the efforts of the naval and army officers, Ochogwu emphasised the need for adequate training and provision of speed boats for the NSCDC to tackle vandalism.

Ochogwu expressed concern over the increasing rate of vandalism in the state.

He called on traditional rulers and members of the public to provide information that could lead to the arrest of suspects.

He appealed to the management of the NNPC to evacuate the 453 drums of illegally refined diesel at its headquarters in Awka.

He said the command was still investigating the matter and that no arrest had been made.

This follows the shut down of the strategic Nemb Creek Trunkline (NCTL) on Monday to enable the removal of crude oil theft connections and facilitate investigation of suspected oil theft leaks.

In a statement, Corporate Media Relations Manager, Tony Okonedo said that following the shut down, production of some 150,000 barrels of oil per day had been deferred.

The current exercise aims to remove a significant number of oil theft connections and repairs any leaks on the pipeline. ‘ We recognize efforts by the security forces to contain the crime, and SPDC will work with them during the shutdown to clear illegal connections on the NCTL.

The 97-kilometre NCTL has been closed several times as a result of crude oil theft leaks and fires between December 2011 and May 2012.

Mr Sunmonu added, crude theft continues to affect people, the environment and the economy, and urgent action is needed by all stakeholders to tackle the problem. 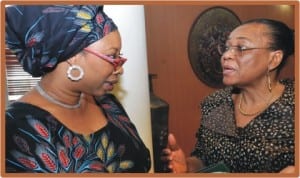