The Movement for the Emancipation of the Niger Delta (MEND) has said that it will start a bombing campaign against mosques and Islamic institutions, a week after the rebel group claimed responsibility for killing 12 security personnel in creeks of Azuzuama, Southern Ijaw Local Government Area of Bayelsa State.

“The bombings of mosques, hajj camps, Islamic institutions, large congregations in Islamic events and assassinations of clerics that propagate doctrines of hate will form the core mission of this crusade,” MEND spokesman, Jomo Gbomo said in an e-mailed statement.

MEND indicated in the email that the campaign codenamed, “Operation Barbarossa”, will start May 31, 2013.

According to the statement, MEND may consider a ceasefire, if the Christian Association of Nigeria (CAN), the Catholic Church and Henry Okah intervened.

Nigeria depends on crude exports for more than 95 per cent of foreign income and 80 per cent of government revenue, according to Ministry of Petroleum Resources.

MEND said on April 3 they would resume attacks on oil facilities in the region after their suspected leader, Henry Okah, was sentenced to 24 years in prison in South Africa on terrorism charges.

Okah, however, denies being a leader of the group.

A South African court sentenced Okah to 24 years in jail after he was found guilty of 13 counts of terrorism, including a bombing that killed 12 people in the capital, Abuja, on October 1, 2010.

MEND claimed responsibility for the attacks.

While Okah denies he leads the group, he has said he commands the support of many armed factions in the Niger Delta region. Okah had been living in South Africa.

Attacks, including kidnappings and bombing of oil installations by groups, among them, MEND, cut more than 28 per cent of Nigeria’s oil output between 2006 and 2009, according to data compiled by Bloomberg.

The violence declined after thousands of fighters accepted the Federal Government amnesty offer in 2009 and disarmed. 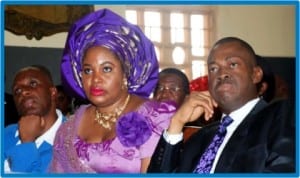