The Rivers State Government says the rehabilitation and expansion of existing water facilities in Port Harcourt city and Obio/Akpor  Local Government Areas will cost the  sum of $900 million (about N5,732billion).

Commissioner for Water Resources and Rural Development, Ms Patricia Simon-Hart, who briefed newsmen as part of activities to mark this year’s World Water Day in the state, also said that the government had secured the support of development partners such as the World Bank and African Development Bank (AfDB) for the project.

Simon-Hart said that the project, which had a lifespan of 40 years, would ensure sustainable water supply for residents of the state capital.

She also said that a pilot scheme that would provide water to more than 3,000 household had commenced at Elekahia, Presidential Housing Estate and Eagle Island.

Simon-Hart debunked insinuation that the project might be abandoned after 2015, as it would be handled by development partners and the newly established Port Harcourt water corporation.

She said that the ministry has embarked on a major reform programme in the sector to ensure good governance and  the formation of an institutional framework that would ensure effective service delivery and the overall management of the sector.

According to her, the main achievements of the reforms include the endorsement of the  Rivers State Water Policy            by the Rivers State Executive Council and the signing of the Rivers State water sector development bill into law by the governor of the state, Rt Hon Chibuike Amaechi.

The commissioner noted that as part of the celebration, the ministry had packaged a two-day water sector development conference with the theme, Improving Service Delivery Through Better Cooperation”.

She said that the conference, which is under the distinguished chairmanship of Prof Nimi Briggs, will hold from the 27th to 28th March, 2013 and  enjoined everyone to attend. 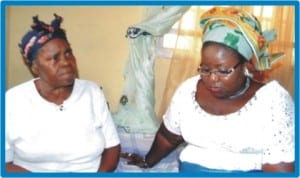 Politics Of Presidential Pardon …The Case Of Alamieyeseigha, The Ex-Convict