The casualties were recorded in Adadama, Cross River and its Amagu neighbours in Ebonyi as crisis erupted between the two border communities in the local government areas.

Eyewitnesses told our correspondent  yesterday that in Adadama, seven houses were razed in the community by assailants who allegedly came from the Amagu community.

The witnesses said that several youths, masked and dressed in military uniforms and armed with sophisticated guns from Ebonyi State allegedly invaded the Adadama community last Saturday at about 2 p.m.

They said that the invaders also “fired sporadically in an unprovoked attack’’.

According to the eyewitnesses, the seven persons who died in the attack were Adadama men who had attempted to beat the invaders to retreat.

One of the eyewitnesses said: “We don’t have any arms here. The people they killed were our men who tried to fight them back.

“But because they went to face people with sophisticated guns they ended up dead.

“ About five were killed instantly, while two who were severely injured died on their way to the hospital.

“Their bodies are in the mortuaries as I speak to you now. The invaders came in through the Ngoli Road which links us with Amagu community in Ebonyi State.

“They were masked and dressed as military men and they had sophisticated guns. They did not come with any vehicle but through the bush tracks which they know very well.

“They came around two o’clock in the afternoon and were shooting till late in the evening of that Saturday before military men came in and forced them out.

“They have withdrawn for now but I believe they are just waiting to cause more havoc. As I speak to you, the Adadama community is deserted.

“The area is now like a war zone as people have run away to other communities for safety of their lives. We really need something to be done about this situation once and for all.

“We are peace loving people. We do not own arms, but we should not be taken for granted because of this.

He said: “I cannot talk to the press now. But I can confirm there was an attack. Adequate security has been put in place to check the situation. That is all I can say for now.

On January 14, this year, no less than 11 persons were killed in an outbreak of conflict between the two communities.

Armed youths from  the Ebonyi community allegedly invaded Adadama where they kidnapped seven farmers and razed a newly constructed police station in the area. 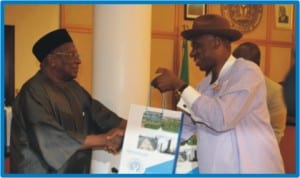