Busari, who stated this at a forum, expressed regret that those who imported the raw material did not pay levies on more than 99 per cent of the imports.

The executive secretary, while noting that the country spent the average of $500 million  on sugar importation annually, said the bill might go up going by the demand for sugar.

“Because the demand for sugar according to our projection is going up a little bit, but then as it is going up we are putting in place measures to start local production.

“We believe that once we have all these investors in place and they start producing, as I said mainly from 2018, the import bill should start gradually reducing.’’

Busari expressed the hope that the country could save and use the money spent on sugar importation for economic development as soon as it started local production of sugar on the level that could achieve self-sufficiency.

He said levies were not paid on over 99 per cent of the sugar imported into the country because of waivers granted to importers by government.

He said the law says that 10 per cent of the value of the raw sugar imported would be charged and that the money which is now called the Sugar Levy would be set aside for the development of the sector.

“We operated that one for a few years, then came in the refineries. When the refineries came they approached the government and asked for a waiver on that levy,” he stressed.

He noted that when the waiver was granted, the country was importing about 900,000 tonnes out of which 400,000 tonnes was raw sugar and it was able to still get some money on the levy from refined sugar.

“But as today over 99 per cent of the sugar imported into this country comes in raw and they don’t pay levy. So you have a situation where even the money is no longer there.

“One of the things that the new master plan has done is to say ‘no’, this has to change because overtime they are making that money and they are not ploughing it back into local production and that is why government now says ‘no’, everybody pays.

“Although we now have a different objectives not only don’t we want to import raw sugar we want the refiners to go back to the field and start producing their raw sugar; we don’t even want importation of refined sugar.’’

“For instance, for raw sugar import, they will pay 10 per cent duty and 50 per cent levy and that is graduated upward over time.

Busari said the whole idea behind this was to discourage refined sugar importation and encourage local production. 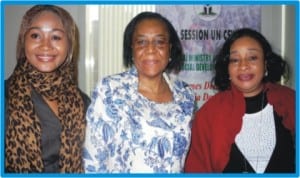