The Police Command in Bayelsa said  that it apprehended 16 suspected cultists, who had been on the wanted list of the command for various offences.

The Commissioner of Police, Mr Kingsley Omire, made this known at a meeting with chairmanship and councillorship aspirants of registered political parties ahead of the 2013 council’s poll in Yenagoa.

“The command had arrested 16 cultists across the state, many of whom had been wanted by the police in connection to cases of arson, attempted murder and malicious damage,’’ he said.

Omire noted that violence in Bayelsa was mostly connected to acts of cultism, adding that cultists had been discovered to be work tools in the hands of dishonest politicians.

According to him, there have been significant change in security situation in the state, when compared to the past where cultists and other criminals terrorised the citizens.

Omire warned political aspirants to desist from engaging cultists and thugs to intimidate opponents, saying the police was well prepared to deal with crimina elements in the state.

He said: “over the years, we have seen how some politicians employed the activities of ex-militants as political thugs during elections.

“We have discovered that some of them after receiving amnesty, have gone back to perpetrate evil.”

Oribo alleged that the police had at times provided shield for influential politicians and incumbent chairmen to gain undue advantage over opponents.

According to him, this development is responsible for political violence mostly in the rural communities.

A PDP aspirant,Chief Couple Anyamatem alleged that some aspirants had engaged thugs to destroy opponents’ campaign posters and banners.

“Some youths hired by my opponents are busy removing my posters and destroying my campaign banners.

“In fact, a friend of mine, who is also an aspirant, had his Mercedes Benz car damaged by unknown persons a day after the party screening exercise,” he said.

Anyamatem appealed to the police commissioner to deploy policemen to the communities to check the excess of some politicians. 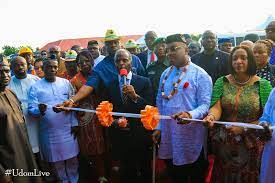 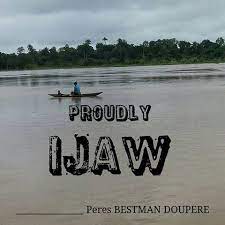