Omeje made the call in Awka while delivering a lecture entitled: “The Overview of Traffic Rules and Regulations”, at a one-day workshop organised for officials of the Anambra State Traffic Agency (ASTA) by the state Ministry of Transport.

The workshop was tagged: “Risk Management on our Roads”.

Omeje explained that the call was in line with the provisions of the National Road Traffic Regulation and the Nigeria Highway Code.

He said the operation of commercial motorcyclists on the highway created a lot of security and safety challenges.

The sector commander said in 2011 alone, no fewer than 105 road crashes recorded were motorcycle-related and that 35 similar auto crashes were recorded in May 2012.

“Let push them to collateral routes where their services are mostly needed. They are endangering their lives and that of others by plying on expressway as we see it being done on Enugu –Onitsha and Onitsha–Owerri express roads. They should not be on those roads.

“It is only Anambra State that is in between that they now see as their safe havens,” he observed.

He appealed to the State Government to set up a committee that would look into the operations of commercial motorcyclists with a view to coming up with a practicable solutions to the dangers they constituted.

Omeje extolled the ministry for organising the workshop, saying: “all road crashes are preventable if we would get aligned with the rules and regulations of the FRSC.”

In his remarks, the former Special Adviser to the State Government on Parks and Markets, Chief Sylva Nwobu-Alor, commended the ASTA officials for their hard work.

Nwobu-Alor, who chaired the occasion, urged the state Commissioner for Transport, Dr Chike Ohamaobi, to reorganise, restructure and reposition the agency for effective service delivery.

Responding, Ohamaobi gave the assurance that he would ensure that ASTA became a force to reckon with in the state. 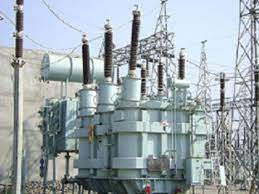