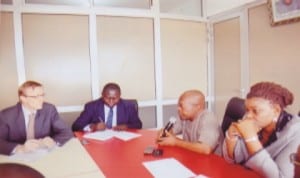 The Minister of Housing and Urban Development, Ms Amal Pepple, has assured that the next commissioner to represent the Niger Delta zone in the Federal Civil Service Commission would be from Rivers State.

Speaking at the second town hall meeting with the state Governor, Rt Hon Chibuike Amaechi in Abuja, Ms Pepple said the person to occupy the position would be experienced in service rules and also be forthright and fearless to canvass the right of the people.

She hinted that the President had appended  that the  next nomination for the post of commissioner should be from Rivers State as the former occupant’s tenure expired October 3, this year.

Some stakeholders at the second town hall meeting with Governor Chibuike Amaechi at the weekend in Abuja said there was inequity and poor presence of Rivers people in the service.

Member of House of Representatives, Hon. Andrew Uchendu who spoke on the matter during the forum observed it was high time the issue was addressed, saying, “most time, they screen away our people’’.

He insisted that a fair chance be given to all sections of the country for equal representation in the federal service through an open examination for applicants.

President of the Rivers Community in Abuja, Barrister Brighten Saagwe had decried the situation in his speech during the forum.

Barrister Saagwe said,’’ we have observed with pains that there is no fair representation of qualified Rivers people in appointments of Federal Directors-General, Chairman of Boards of Parastatals and Comptrollers-General of para- military outfits’. We have not been fairly treated by the Commissioner representing Rivers State in the federal civil service employment exercises.’’

The RIVCOM President who demanded for fairness urged the Governor to address the matter, “ we wish that this anomaly be corrected in the interest of justice, equity and fair play using your good office.’’