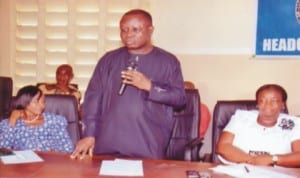 Some shareholders in the capital market have blamed the Securities and Exchange Commission (SEC) for failure to implement the e-dividend policy four years after it was launched.

They told our correspondent in Lagos on Tuesday that SEC had failed to put up the required massive enlightenment campaigns on the policy.

Electronic dividend payment is the process of crediting shareholders’ accounts within 24 hours after a company pays dividends. It was launched by SEC in February 2008.

Mr Boniface Okezie, the President, Progressive Shareholders Association of Nigeria, said that SEC might have failed to enlighten the public because of its plan to establish unclaimed dividend trust fund.

He said that e-dividend, if implemented, would reduce the incidence of unclaimed dividends to the barest minimum.

He said that most shareholders were not interested in the e-dividend policy due to some banks’ insistence on current accounts for e-dividend payment.

Okezie advised SEC to liaise with the Central Bank of Nigeria (CBN) to ensure that all commercial banks accepted both savings and current accounts for e-dividend payment.

He said that uncooperative attitude of some banks on payment of dividends into savings accounts made some investors to shun the policy.

Olatokunbo, however, said that the shareholder groups were doing their best in educating investors on the benefits of the policy.

President of NSSA, Mr Timothy Adesiyan, said that investors with small dividends were being discouraged from subscribing to the policy due to insistence of banks on payment into current accounts.

According to Adesiyan, most registrars cannot implement the policy because some shareholders failed to return their e-dividend payment forms after completion.

Another shareholder, Mr James Osoka, said that many investors, especially those outside the cities, were not aware of the policy.

Osoka advised SEC to use the three major languages in the country to enlighten shareholders on the policy so as to reduce the incidence of unclaimed dividends.

He said that enlightenment campaigns on the policy should not only be done in the cities.