The Chairman of the
Ikeja branch of the Nigeria Bar Association (NBA), Mr Onyekachi Ubani, said
that the rebranding of the country ought to start with the legislative arm of
government via the adoption of unicameral assembly.

Ubani said that unicameral legislature would assist in
removing dead woods from governance, while addressing the issue of people who
received allowances without working for such allowances.

“If we really want the country to be run as efficient as
possible and if we want the citizens to enjoy the country’s democracy, the
system should be adopted,’’ he said.

Mr Bamidele Aturu, lawyer and human rights activist, said
that the legislative system which the country was currently operating was too
expensive and should be abolished.

He said that Nigerian politicians, especially the lawmakers,
should be allowed to have other jobs, adding that they should only receive
sitting allowance.

“It will reduce the fat allowances that are given to some
idle people who do not have much to do,’’ he said.

Aturu said that politics should not be viewed as a
money-making venture, adding that it should rather be a tool of nation
building.

In his opposing views, Mr Mike Ozekhome (SAN), stressed that
in developing countries such as Nigeria, bicameral legislature was very much
desirable.

He said that the only advantage of unicameral legislature
was that it reduces spending.

“In our legislature, the concept of Senate, which signifies
old age, and House of Representatives, which signifies youthful leadership, is
needed for the country’s progress.

“Such complimentary capacity of old age and youthful driving
force is needed to have a balanced economy,’’ he said.

Ozekhome stressed that the need to cut costs was not enough
to jettison bicameral legislature.

Also, Mr Fred Agbaje, another lawyer, said that the adoption
of unicameral legislature would give room to majority ethnic groups to dominate
the minorities, adding that people of minority groups are always displaced.

“The population of the country is very massive and its
representatives should not be put into one compartment,’’ he said.

Agbaje said that what Nigeria needed most was good
leadership that could manage the country’s resources and enhance the citizens’
living standards.

National Assembly And Over Sight Functions 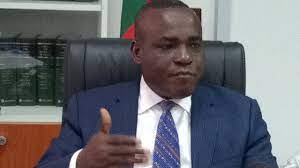 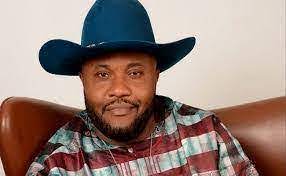