As usual, pomp and fanfare would overwhelm the land today in
observance of the annual rites of remembering October, 1, 1960; a symbolic day;
a phenomenal moment encapsulating the collective agenda of a people’s desire
for identity, self determination and recognition.

Today is significant in two respects. First, independence
was achieved through dialogue and negotiation with the administering power –
the British -, rather than by violence. Second and most crucial, the civil
populace were, for the first time, going to govern themselves, by themselves
and for themselves.

Thus, the nation would be suffused with manifold emotions as
the government and people of Nigeria relieve that historic moment of our first
independence day which held so much promise for a nation just being retrieved
from the stranglehold and asphyxiating tedium of British imperialism.

Consequently, on a day like this, the past comes alive,  as we remember the unforgettable gallery of
great nationalists who helped inspire the optimism of the hitherto beleaguered
Nigerian people who had jubilated, optimistic that independence would translate
into a prosperous future.

In several constitutional conferences preceding October 1,
1960, the founding fathers had fired this optimism by speaking collectively of
the possibility of a great nation where ethnic pluralism would constitute a
source of strength, and a federalist arrangement to liberate the potentials of
the constituent units of the multi-ethnic, multi-national country.

The euphoria seemed justifiable because indeed Nigeria is
blessed with abundant human and natural resources of the highest quality.

Fifty two years later, however, many of the initial dreams
of our founding fathers have either died or have been frustrated by the
failures of the emergent elites, no thanks to the despicable moral turpitude
and political immaturity and perfidy of the Nigerian successors of the British
imperial factor.

As we reminisce about the triumphs and travails of the
Nigerian State today, not a few critical questions gnawing away at the
conscience of the nation and the Jonathan Presidency continue to hang in the
air, unanswered.

No doubt, looking back, a lot can be said of the symbolism
of democratic rule and the psychic income it has offered especially in
re-directing the focus of civil society towards properly defined objectives and
principles of state governance. And in ensuring the expression of the people’s
power as the truest source of legitimacy, the questions still seeking answers
are: What has independence brought us? What have we done with the legacy of the
nationalists?

One of the key issues in the 60s was the need to ensure
unity in diversity among the various ethnic nationalities, Today,
sectarian  identity is as sharp as the
newly acquired matchet. Various social groups are questioning the basis of the
Nigerian union.

The idea of the true federalism also seems to have been
thrown over board. The allocation of federal resources remains contentious as
groups and constituents within the federation are everyday complaining of
marginalization, inequitable distribution of amenities and national resources,
and injustice. Unemployment and inflation are rising sharply every day. The
middle class has gradually disappeared as citizens lose purchasing power, with
the attendant drop in the quality of life, reminiscent of the Biblical
seven-year lean period of the Egyptians. Infact, Nigerians have been so unhappy
and had been openly expressing their disenchantment with the nation’s
leadership even before giving a minority citizen, Dr. Goodluck Ebele Jonathan,
the mandate to deliver the much expected democracy dividends to the populace.

Exasperated perhaps by these anthology of woes, President
Jonathan, at his inauguration on May 29, 2011 pledged transformative leadership
in all the critical sectors. He said: “We must demonstrate the leadership,
statesmanship, vision, capacity, and sacrifice to transform our nation”.

Assuring “strength to the weak and protection to the
defenceless”, Jonathan promised that his leadership “must grow the economy,
create jobs, and generate happiness for our people”.

“To drive our overall economy, he continued, “the power
sector reform is at the heart of our industrialisation strategy”, assuring also
that “in the next four years, attention will be focused on rebuilding our
infrastructure, … creating greater access to quality education and improving
healthcare delivery”.

Pledging to place premium on the agricultural sector to
ensure food security and massive job creation for our people”, President
Jonathan promised “affordable public transport system”, “access to first class
education for the citizenry” and to banish corruption with “overwhelming
force”.

With those kinds of promises, expectations were very high
when Jonathan emerged the elected President in the 2011 polls. Even before his
emergence, he reportedly harped on power sector reform and security at campaign
rallies.

In fact, documentation by the International Press Centre
(IPC), Lagos, in conjunction with the Institute for War and Peace Reporting,
indicated that between February and March 2011, Jonathan, as the Presidential
candidate of the Peoples Democratic Party (PDP), made some specific promises on
power. The document quoted him as promising amongst others:

“To deliver stable, constant supply of electricity, To
provide stable power supply by the year 2015 so that small and medium scale
industries can thrive again, to ensure that Nigerians do not use generators
more than two times in a week; to explore the coal deposits in Benue and Kogi
States for improved power supply; to construct more dams to build more
hydro-power stations; to reduce the importation of generators by at least 90
per cent in the next four years; to raise power generation to about 4,747
megawatts by December 2011 and to put an end to epileptic power supply in the
country just as fuel queues at petrol stations were ended”.

On security, the IPC documentation says Jonathan promised,
amongst others:

“To make anyone caught breaching the public peace to face
the full wrath of the law; To make sure that no part of the country is allowed
to be a sanctuary for criminals anymore, be they armed robbers or kidnappers;
to make a complete transformation of national security architecture; To
confront headlong ethno-religious violence in the country; to ensure there is
no sacred cow in the fight against corruption; all crimes will be investigated
as security is key; Not to interfere with corruption cases; to strengthen the
EFCC and ICPC to fight crime; to eradicate kidnapping impeding entrepreneurship
in Eastern Zone; to pursue all bombers and terrorists and to adopt modern
method to tackle the problem of political violence”.

Expectedly, the Jonathan administration’s performance on the
promises would be appraised against the backdrop of high expectations from the
people as the nation marks her 52 years of independence; high expectations
arising from the failure or inability of most past administrations to fix the
Nigerian project.

Critics of the Jonathan administration have persistently
faulted the President’s security measures as being insufficient enough to
tackle the nation’s ever-growing in security breaches. They argure that Boko
Haram’s incessant attacks which have claimed many lives have worsened, as
stories of bombings and killings have become a daily affair. Next to this is
the power sector reform in which the administration has received more knocks
than kudos. But the good news here is that there is now a roadmap for the
successful reform of the sector as winners have emerged from among the firms that
bidded for slots in the unbundling of the Power Holding Company of Nigeria
(PHCN). Also, from a meager 2,200 megawatts upon inauguration, power generation
is already more than 4,400 megawatts. The administration has also assured that
by December this year, 1,000 megawatt will be added to that figure with a view
to reducing the problems arising from power outage.

Again, while one may be tempted to score this administration
low in the fight against crime, kidnapping, malfeasance and rancid corruption,
there are indeed very positive steps taken and which have started paying of.
Also, its achievements in health and educational sectors are commendable. The
Academic Staff Union of Universities (ASUU) which had a running battle with
President Olusegun Obasanjo had their outstanding issues settled amicably,
through dialogue.

And even if some analysts might consider the petroleum
subsidy issue as a sore point of this administration, the fact remains that the
people were to later see reasons why government had to take the stance it took
as those involved in the subsidy scam are now facing various charges in the law
court in the public interest.

What with the Niger Delta question. Though the case for
fiscal federalism is getting stronger by the day, the Niger Delta youth
restiveness in the creeks has since given way for rehabilitation and
reconstruction of the region, in fulfillment of the president’s promise.

Only recently, President Jonathan himself admitted at a
forum that the Boko Haram insurgency was distracting his administration from
fully actualizing his mandate of delivering democracy dividends to the people.
Assuring that he would not be deterred from the focus of his administration, he
vowed to work assiduously to enthrone peace and security in the land.

No doubt, more is still needed to be done by the Jonathan
administration to correct the ills of the past and inspire, not just
psychological reliefs, but confidence in the system and deliver happiness to
the citizenry.

Aware of the enormous tasks and great challenges ahead,
President Jonathan has, at a every available opportunity, pleaded for patience
to sort things out; a plea most analysts say may be given some consideration as
he has only spent 16 months in office as President and Commander-in-Chief.

As it is, what is required now is a general reconstruction.
The country’s infrastructure which is lamentably in disarray must be fixed. We
need to rebuild the bridges between the state and the civil society, empower
the people and strengthen the state. In fact, the ideology of governance must
be reviewed to give full effect to true federalism as enshrined in the
constitution so that such hallowed values as equity, fairness and justice must
remain sacrosanct.

Again, the country’s social infrastructure must be made to
become more active and efficient. Our hospitals and educational institutions
must be well equipped to standards obtainable in other climes and the public
service made more efficient.

More importantly, considering the present age of economics
we live in, coupled with the stark reality of globalization, international
finance and statelessness of capital, the leadership must ensure that Nigeria
is moved beyond the limitations of the past and be part of the future. In this
way dashed hopes would have been rekindled and the nation galvanized to greater
heights.

Driving a new vision for NDDC 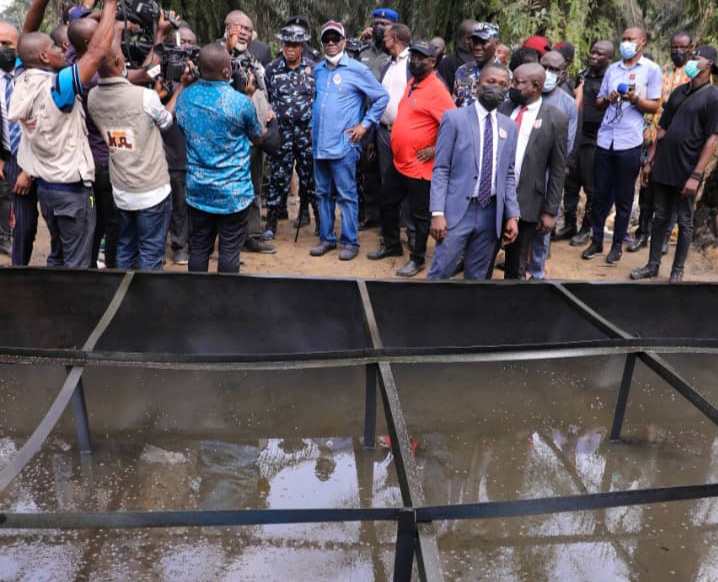 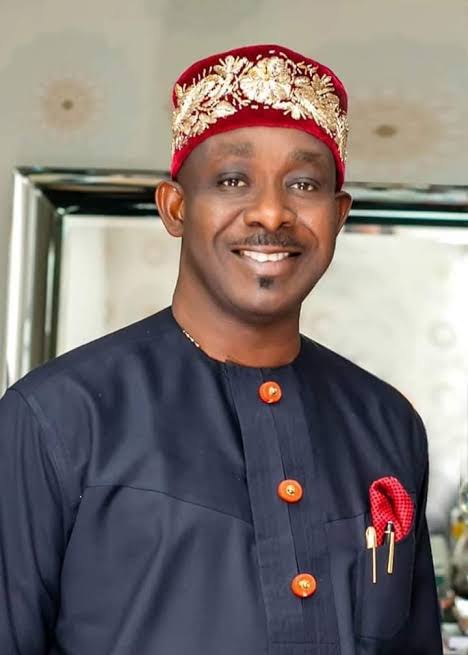 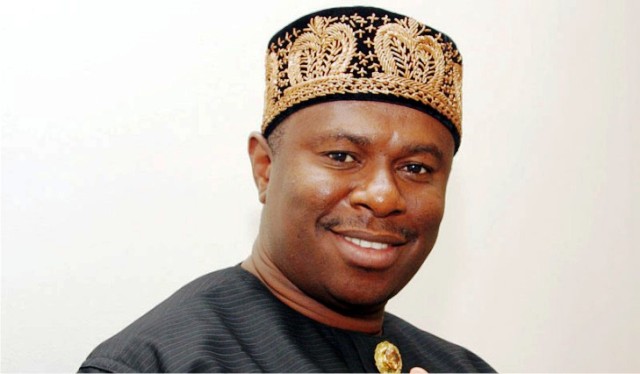