There are indications that the Rivers State Government may have at last fixed 160 per cent as the cut –off point for the just concluded 13,000 teachers recruitment job examination conducted last month in the state.

The permanent secretary, Ministry of Education, Mr Richard Ofuru made this know in his office in Port Harcourt, when some community leaders within the state visited him last Wednesday to make inquiries about the on-going recruitment exercise.

Mr Ofuru stated that all arrangements have been concluded to publish the successful candidates who scored above 155 per cent in the examination, adding that the state executive council would  ratify the result during a meeting, today.

According to him, the decision by the Ministry of Education, which is the coordinating ministry for the recruitment exercise to peg the cut off mark at above 155 points is to ensure that experienced and qualified teachers were recruited.

He stated that every local government area would be given equal share during the selection, adding that the process would be free and fair.

The Permanent Secretary further dispelled rumours that the ministry had already received lists from members of the state executive council and chairmen from the 23 local government areas, adding that the state government has directed that excellence and merit be used as basic criteria for the selection of teachers.

He warned those candidates who are paying money for placement on the job lists to stop bribing anybody as standards would not be compromised in the exercise.

The Tide learnt that over 45,000 applicants sat for the teaching job examination on August 15, 2012, and since then, they have been anxious to know the outcome of the exercise. 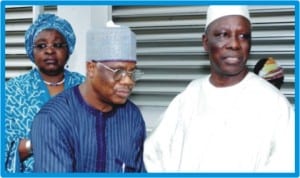