An uneasy calm has enveloped the Rivers State University of Science and Technology (RSUST), Port Harcourt following the rising tension between members and  executive of the Academic Staff Union of Universities (ASUU) over the re-appointment of Prof Barineme Fakae as the Acting Vice Chancellor of the University by the State Governor, Rt Hon Chibuike Amaechi.

This is coming on the heels of the withdrawal of some of the  members from the proposed strike by the union to protest the re-appointment of the Vice Chancellor.

The Tide reports that the union had given the state Governor, a one-week ultimatum which expires today, to reverse the appointment or face industrial action.

However, some lecturers, who spoke to The Tide at the university campus, yesterday, said that the present leadership of the union in the  university “has no power to interfere in a matter that has nothing to do with ASUU”.

The lecturers, who spoke under anonymity, also said that the Dr Felix Igwe-led executive of the union had outlived its tenure which ended June 30th, 2012.

They contended that Dr Igwe ought to have handed over to a new executive since he did not receive the official endorsement from the national office of the union to carry on.

However, when contacted on phone, the RSUST-ASUU chairman, Dr Felix Igwe described the position of the lecturers as  personal.

Dr Igwe said that any lecturer who disagreed with the position of the union, must do so through the congress, stressing that ASUU still maintained its position as it concerned the issue.

The ASUU chairman also denied that his tenure was over, contending that ‘I would not be there talking to you, if my tenure has ended.

“My tenure has ended and I am still there”?

He further said that the expiration of the ultimatum would determine the next step the union would take.

It would be recalled that the state Commissioner for Information and Communications, Mrs Ibim Semenitari had in a recent Radio interview defended the reappointment of Prof Fakae as the acting Vice Chancellor of the University.

Mrs Semenitari said that the  reappointment followed Due Process, noting that the tenure of the Vice Chancellor  improved the standard of the university which now ranks 19 from 76 out of 117 universities in the country. 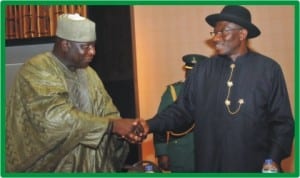