He hinged his optimism on the recent admittance of women into the Nigeria Defence Academy (NDA) to train as combatant soldiers.

The Tide recalls that the Federal Government recently lifted the ban, which disallowed women from enlisting into the NDA to train as combatant soldiers, in 2011.

“For the first time, we admitted women into the prestigious Nigerian Defence Academy to prepare women as full combatants in the army, navy and air force.

“We have commenced the journey and we’ll get there. I just listened to my sister, (Malawi’s President Joyce Banda) who advocated for women to grow to be heads of their armed forces.

“In Nigeria, except you pass through NDA, you cannot dream of becoming a service chief.’’

Jonathan said that as women and mothers, women had the power “to control the gladiators that cause conflicts in Africa and being mothers, they can also control the youth used for violence’’.

The President pledged his administration’s commitment to the implementation of policies on effective representation of women in all aspects of governance.

“I urge you all to encourage governments to implement existing international legal frameworks that promote peace, security and human development. 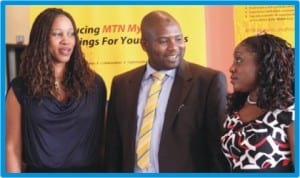