The Rivers State Government is now on the verge of unveiling a multi-million sewage treatment plant in Port Harcourt, which aims at generating N1.8billion revenue for government annually.

Special Adviser to the Governor on Waste Management Matters, Dr. Ogu Emejuru gave the indication after conducting officials of World Bank led by Engr. Bassey Bassey round the facility at Eagle Island, in Port Harcourt.

Dr. Emejuru disclosed that the facility was the first of its kind in the country , as it cost the State Government huge sums of money to install.

With the development, he said the state stands to reap hugely as it would avert environmental pollution and raise the revenue profile of government.

Against this backdrop, he stated that the government would organise a stakeholders forum for sewage truck owners in the state and would later set up a taskforce to monitor their activities once the facility commenced operation.” Very soon, “ I will meet them again and brief them on what has happened. We need a task force that will monitor and inspect the vehicles to make sure it doesn’t leak ,’’ he said

The Governor’s aide said the facility was capable of treating about 10,000 cubic metres of sewage equivalent to 22 trucks daily, pointing out that it would help check pollution of rivers and water bodies around the state

Meanwhile, the World Bank has made public its plan to collaborate with the Rivers State Government in waste water management

Representative of the body, Engr. Bassey Bassey, who dropped the hint during a facility tour of the new sewage treatment plant built by the government, disclosed that talks had begun to look into areas it could assist the government.

He explained that if the facility was managed well, agro-based industries would stand to benefit since sludge from the plant would provide fertilizers for farmers. 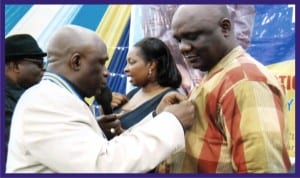