President Goodluck Jonathan, has set up a verification and reconciliation committee as a prelude to immediate action on all identified cases of fraud in the fuel subsidy management.

The 15-member committee headed by Mr. Aigboje Aig-Imoukhuede is to verify and reconcile the findings of the technical committee set up by the Federal Ministry of Finance to conduct a detailed review of all subsidy claims and payments made in 2011.

In a statement yesterday, the Presidency said that the committee has till 1700 hours on Friday, July 13, 2012 to conclude work.

The setting up of the committee, according to a statement yesterday from the Presidential Adviser to the President on Media and Publicity, Dr. Reuben Abati, was in furtherance to the president’s pledge that anyone or organisation found culpable will not be spared.

The statement reads in part, “in a further move towards the fulfilment of his pledge to Nigerians that no person or organisation guilty of fuel subsidy fraud or corruption will escape justice, President Goodluck Ebele Jonathan today established a committee to verify and reconcile the findings of the technical committee set up by the Federal Ministry of Finance to conduct a detailed review of all subsidy claims and payments made in 2011.

“President Jonathan has directed the 15-member committee headed by Mr. Aigboje Aig-Imoukhuede to begin work immediately and conclude its assignment by 1700 hours on Friday, July 13, 2012 as a prelude to immediate action on all identified cases of fraud.

“On receiving the Verification and Reconciliation Committee’s report, President Jonathan will order whatever action he deems necessary to ensure justice and the full recovery of all fuel subsidy funds that may have been illegally paid.”

The committee has the following terms of reference: to further verify and reconcile all claims made in the report of the Technical Committee on Fuel Subsidy Payments; to properly identify all cases of overpayment and/or irregular payment; and to accurately identify all likely fraudulent cases for criminal investigation.

The committee was also charged to review any other pertinent issues that may arise from its work and make appropriate recommendations.

The Federal Government’s action stems from discovery that eight oil marketers in identified 13 transactions made total subsidy claims of N12.154 billion for which the banks denied financing.

The transactions were declared by the verification committee to be false as they were disowned by banks through the Form M for which the oil marketers claimed they used in opening letters of credit with the banks for the importation of products.

This implies that the products were never imported but subsidy was paid.

The Report of the Technical Committee on Payment of Fuel Subsidy, a copy of which was sighted by newsmen said, “a total of 13 transactions belonging to eight customers as contained in (Petroleum Products Pricing Regulatory Agency), PPPRA subsidy payment due schedule were disclaimed by banks. The transactions were not found in their records as at the date of the verification. 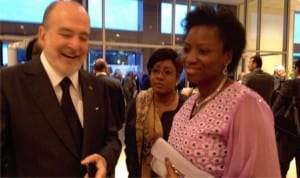