The Attorney General of the Federation (AGF) and Minister of Justice, Mr Mohammed Bello-Adoke, has debunked claims that the Federal Government will not prosecute oil marketers indicted by the House of Representatives ad-hoc committee on the probe of petroleum subsidy

The Justice Minister, who spoke through his counsel, Chief Adegboyega Awomolo in Abuja, at a press conference yesterday, said that the government was following the principle of rule of law.

According to the AGF, “no fact -finding committee can indict a person except the police, the Economic and Financial Crimes Commission (EFCC) and the Independent Corrupt Practices and other related offenses Commission (ICPC)”.

He stressed that indicted oil marketers will be prosecuted by the Federal Government as soon as the relevant investigating agencies complete their investigations.

Mr. Adoke confirmed that the Federal Government will be heading to court next week to file charges against the indicted companies and officials, saying, “if next week, the report of the investigating agencies on any of  the oil companies indicted by the House of Representatives committee is out and it is reliable and conclusive, the Federal Government would go to court and prosecute the company”.

This is coming despite a Federal High Court ruling in Abuja on Wednesday which barred the Federal Government from implementing the fuel subsidy report by not prosecuting any official of the Integrated Oil and Gas Limited, which filed the suit.

The court ordered the Federal Government to maintain the status quo pending the determination of the originating summons filed by the companies.

It would be recalled that the idea of the Technical Committee on Subsidy was hatched on February 28, 2012, and was meant to “review outstanding claims for fuel subsidies,” as a fallout of the stakeholders’ meeting of the downstream petroleum sector.

The meeting was chaired by the Coordinating Minister of the Economy/Minister of Finance, Dr. Ngozi Okojo-Iweala, who constituted the 10-man committee on April 17, 2012, headed by the Group Managing Director/Chief Executive Officer, Access Bank Plc, Mr. Aigboje Aig-Imoukhuede.

The terms of reference include to authenticate the backlog of outstanding payments of subsidy payments to marketers in 2011; verify the legitimacy of backlog of claims already submitted by marketers for 2011; and review any other pertinent issues that may rise from the exercise.

Meanwhile, the exposure of the report has sent marketers and oil importers scampering to gather proof in their defence.

One of the affected companies, Integrated Oil and Gas, at a press briefing in Lagos on Monday, refuted collecting N1.734,920,131.20 as PSF refund without an auditors signature.

The Managing Director, Integrated Oil and Gas, Capt. Emmanuel Iheanacho, told newsmen that his company did not receive the said amount.

He said, “in line 22 of the schedule of 88 companies, Integrated Oil and Gas Ltd was alleged by the technical committee to have been paid the sum of N1.734,920,131.20 as PSF refund without an auditors signature.

“This allegation is not correct for the simple reason that we do not recongnise this as a transaction which Integrated Oil and Gas had undertaken at all. We do not know the transaction under reference; we do not recognise the amount quoted as a payment which we may have received under any circumstance.” 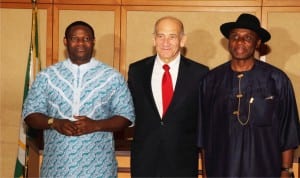