The Rivers State Government has said that the single track system phase one A of the monorail project, with one train, will begin operations by December, 2013 while the phase one B will be ready with three trains by July, 2014.

The government also indicated that the total number of trains for the full system of phase one A and B would be six, adding that the phase one A stretching from Sharks FC Car Park to UTC bus-stop would be made up of six coaches with one coach exclusively for wheel chair passengers.

It further stated that the train has a 170-person capacity, comprising 28 persons per coach, and would use six minutes to travel from Sharks Park to UTC bus-stop, being a distance of 2.6kilometres.

According to the government, the train would travel at a speed limit of 70 kilometres per hour, revealing that the electrical parts and one of the train’s components have arrived Onne Port in Rivers State, adding that the installation of the tracks will commence in August, 2012.

The document indicated that for phase one A, there would be three stations and a depot at UTC bus-stop, Sharks Park and Azikiwe Road.

The government also revealed that the distance of the phase one B system will run from UTC bus-stop to Waterlines, stretching about 3.9kilometres, thus bringing the phases one A and B monorail system to a total distance of 6.5kilometres.

The Tide can now confirm that enablement works for stations construction at Azikiwe and UTC had commenced even as the monorail system for phase one B is still under design.

It would be recalled that during the forum, the Rivers State Governor, Rt Hon Chibuike Rotimi Amaechi, had assured the people of the state that his administration would ensure that the phases one A and B of the monorail project is completed before the end of his tenure in 2015.

Meanwhile, a new law aimed at reclassifying traditional chieftaincy stools in Rivers State is now in the works.

Commissioner for Chieftaincy and Community Affairs in the state, Mr Charles Okaye gave the hint weekend while chatting with newsmen in Port Harcourt.

He hinted that the new law will address traditional stool upgrading and reclassification of old ones.

Mr. Okaye stated that once the bill is concluded, it will be forwarded to the state house of assembly for deliberations and passage.

He disclosed that already, a list of some traditional stools fit for upgrading has been forwarded to the governor for approval, assuring that the exercise is in tandem with the law to avert crisis in communities.

The commissioner, however, lamented that one major problem of the ministry is the disputes arising from claims by various individuals to one chieftaincy stool.

Against this backdrop, he revealed that the ministry has evolved measure to tackle the malaise through mediation.

“We have a role to play in resolving this kind of matters. We have to first intervene before the matters are taken to the courts”, he said.

Aside claims to chieftaincy stools, he noted that another area include the signing of memoranda of understanding(MOU) with oil firms by communities, adding that the ministry has intervened to handle the process to avert blood shed in such communities.

“One thing we do is to hear from all the parties so that the crisis does not escalate to blood shed,” Okaye emphasized.

Mr Okaye therefore advised communities to avoid crisis by ensuring that disputes arising from chieftaincy are resolved amicably, while promising that the government will not fail on its mandate to address such issues and ensure peaceful co-existence at the grassroots. 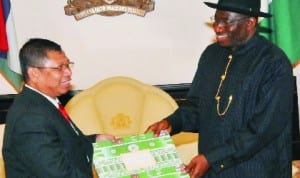