Minister of Information, Labaran Maku, who disclosed this after the council’s meeting presided over by President Goodluck Jonathan, said that the contract was awarded in the sum of N8.3billion, with 24 months completion period.

The minister said the area surrounded by the Atlantic Ocean had been threatened by erosion from surrounding coastal water.

He said the project would address the problems of rural poverty and improved infrastructural development in the area.

The minister said that the council also approved contract for the purchase of six security speed boats to fight piracy and criminality in the nation’s waterways.

Maku said three of the boats designed for the security of vessels and ships within ports jurisdiction would be operated by the Nigerian Ports Authority in conjunction with the Nigerian Navy.

The other three designed for the security of inland waterways would be operated by the Marine Police in conjunction with the National Inland Waterways Authority.

“The purchase of these boats will empower the Navy and the Nigerian Ports Authority to guarantee safety of vessels that come into our waterways, particularly in the Lagos area.

“Looking at the memoranda that were submitted and the importance of these boats to secure both inner water ways and coastal areas, the Federal Executive Council gave the go-ahead to the Ministry of Transport to purchase the boats to reinforce our maritime security.

“We find it very important because piracy has been in the increase and the issue of oil theft and several other criminalities in our waterways has been there for a while.

“Government is desirous of addressing this by equipping our security forces, particularly to guard our waterways to bring down the level of criminalities and all those who ply our coasts should feel secured.’’

Senator Idris Umar, Minister of Transport, who was at the briefing, said contract for the three boats for the security of vessels and ships was awarded at the cost of 19.7 million dollars (about N2.9 billion).

He said the contract for the other three boats for the patrol of inland waterways was awarded at the cost of N233.6 million.

The minister also said that FEC approved contract for the procurement of four fast moving commuter water buses to promote passenger movement on the inland waterways.

He said the water buses with capacity to carry between 40 passengers and 45 passengers each would be deployed on the Port-Harcourt-Bonny route, the Calabar-Oron route, Yenagoa-Nembe-Brass as well as Marina, Lagos and Mile 2 route.

“The contract for the purchase of the four passenger boats was awarded at the cost of N321.5 million”, he said.

Umar said FEC also approved contract for the ministry to acquire a suction-dredger with ancillary equipment for the routine maintenance of the lower River Niger channels. 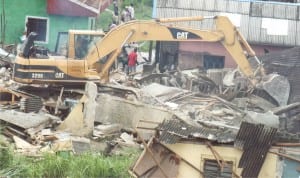