This was contained in a statement by presidential spokesman, Dr. Reuben Abati.

The action is part of measures aimed at restructuring Nigeria’s petroleum industry and making the NNPC more relevant and proactive to national needs.

The Tide recalls that many Nigerians have expressed misgivings over the role allegedly played by the NNPC in the oil subsidy regime and was also indicted by the House of Representatives adhoc committee.

Meanwhile, the Senate has issued another summons to the Minister of Finance and Coordinating Minister of the Economy, Mrs. Ngozi Okonjo-Iweala, Group Managing Director of Nigeria National Petroleum Corporation (NNPC), Mr. Austin Oniwon in respect of its investigation of government’s fuel subsidy regime.

A statement signed by the Chairman of the Senate Committee on Petroleum (down stream) and the Senate adhoc Committee investigating the management of the oil subsidy regime, Senator Magnus Abe on Tuesday, stated that all the invited stakeholders are expected to appear before the committee between Monday, July 2 and Tuesday, July 3.

That would be the second summons in a month for the Finance Minister and the GMD, NNPC.

.Others invited are the Executive Secretary of the Petroleum Products Pricing Regulatory Agency (PPPRA), Mr. Reginald Stanley and Managing Director of the Pipelines and Products Marketing Company (PPMC).

Senate is currently on a week-long retreat in Uyo, Akwa Ibom State.

The said interaction with the government officials and private sector operators slated for next week is expected to be the last public meeting after which the committee is expected to collate and lay its report on the floor of the Senate.

The committee had earlier postponed a scheduled meeting of stakeholders in the oil sector due to the June 3, Dana air crash in Iju-Ishaga, Lagos. 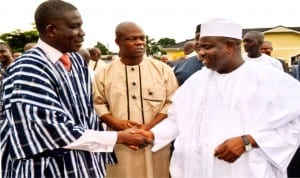