The Rivers State Government, says it spends an average of N500million monthly as payment for pension emoluments to retired civil servants in the state.

The Secretary to the State Government, Mr George Feyii disclosed this while declaring open a 3-day training/ sensitiatisation workshop on Contributory Pension Scheme in public service organised by the state pension board in partnership with the National Pension Commission in Port Harcourt, yesterday.

He revealed that the new Contributory Pension Scheme in the state would remove all the bottlenecks associated with the former pension regime, adding that the new scheme was more defined and sustainable.

Accordig to him, the former pension scheme had been identified as a burden all over the world, adding that the scheme could not be sustained, hence, the new system was introduced through the 2004 Pension Act.

The secretary to the state government assured public servants in the state of the safety of the scheme, noting that the law guiding the contributory pension scheme does not allow the operators of the scheme access to contributor’s accounts.

“The new scheme is like your personal account , we have put in place structures that would guarantee confidence and eliminate possibilities of fund embezzlement”, he stated.

Mr Feyii averred that the government had replicated the 2004 PENCOM Law in the state with a view to eliminating all the problems associated with retirement and  retiring workers getting their terminal benefits and commended the pension board for organising the workshop.

Also speaking, the Chairman of Rivers State Pension Board, Mrs Edna Alikor said the workshop was aimed at educating the workers on the workability of the programme as well as the advantage of the new pension scheme.

Mrs Alikor disclosed that the state government pays gratuities and monthly pensions of retired public servants as at when due, adding that the backlog of pension arrears inherited by the present government had almost been settled.

She stated that the new pension scheme would address the problems of corruption and poor administration that had characterised the scheme in the past.

Alikor urged participants to feel free to express their views and apprehensions concerning the scheme, expressing optimism that the workshop would provide the needed succor to all the fears perceived in the new pension scheme.

Meanwhile, Rivers State is now pushing for a total elimination of malaria following the success recorded in the spray of biolavicides across the State.

The State Commissioner for Health, Dr.Sampson Parker made the disclosure while briefing newsmen on the outcome of  a meeting the State Governor, Rt. Hon. Chibuike Rotimi Amaechi had with medical doctors in the State in Port Harcourt, yesterday.

He submitted that the biolavicide spraying programme handled by Ladiofam, a Cuban firm, had contributed in checking the menace of malaria in the state, hinting that already the State Government was about to extend the exercise to reach all nooks and crannies of the State.

On the success of  the meeting with the Governor, Dr. Parker said, ‘’we are going to make sure we invlove medical doctors both those in the private and public sectors to drive the programme. Even the various health centres will be used as anti-malaria centres’’ .

Part of the scheme, he further stated was to establish four secondary health centres and an additional mother and child hospital to stem mother and infant mortality rate in the state.

Chairman of the Nigerian Medical Association (NMA), Rivers State chapter,  Dr. Bonaventure Harry said though it was too early to score the state biolavicide spraying scheme, the State Government had shown zeal in checking the malaise.

The NMA chairman insisted that the fight against malaria was  multi-sectoral and should cover areas of environment, infrastructure, sanitation and hygiene, and called on the government to continue in its quest to curb the malaise.

He assured that the association would collaborate in driving government programmes and, therefore, urged the Governor to strengthen his support to medical practitioners in the state. 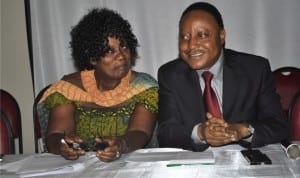