Commissioner of Police in Bauchi State, Alhaji Mohammed Ladan, has confirmed the death of twelve persons in Sunday’s churches blast in Bauchi.

Addressing newsmen on the incident, the commissioner said that a suicide bomber riding in a Honda Civic car, attempted to force his way into Living Faith Church, Yelwa, hitting a barricade.

The commissioner said: “A lone suicide bomber in a Honda Civic attempted to force his way into the iron barricade at the entrance of Living Faith Church, Ungwan Angas, Yelwa, Bauchi, but was denied entry.

“In the process, the suicide bomber succeeded in detonating his explosives at the barrier opposite Harvest Church, Ungwan Yelwa.

“As a result of the blast, the suicide bomber died on the spot while twelve persons so far have been confirmed dead and 27 others are presently receiving treatment at Abubakar Tafawa Balewa Teaching Hospital, Bauchi.’’

He explained that only one of the two churches located in the area was affected by the blast.

He also said that one live Improvised Explosive Device (IED) hidden under a bridge in Yelwa area of Bauchi was discovered and detonated by Police Anti-Bomb Squad.

Ladan said no arrest was made, but that investigations had commenced with a view to fishing out perpetrators of the act.

The police commissioner called on people of the state to remain calm and to be law-abiding, pleading with them to also assist security agents with information that could help in apprehending dubious characters.

The commissioner also called on parents, guardians, religious and traditional leaders, to prevail on their wads and followers to keep the peace.

Meanwhile, the Bauchi State government has condemned the attack on the church, describing it as callous.

Reacting to the attack, Mr Ishola Michael, Chief Press Secretary to Gov. Isa Yuguda, said such act was not in the best interest of the state and the country.

He said the government received the news of the incident with shock and disbelief, noting that the perpetrators were cowards.

He urged all those with grievances to embrace dialogue, stressing the need for people to embrace peace. 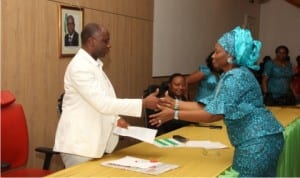 Not At All Charitable …That Clark’s View On Jonathan, 2015