As the Federal Government begins implementation of new electricity tariff today, many Nigerians have expressed divergent views with some expressing fear that the upward review might impoverish majority of the citizenry.

The National Women Leader of the National Union of Electricity Employees, Mrs Doris Nnaji advised the government to first take step aimed at improving power generation before the idea of increasing tariff.

The NUEE women leader said today, the power generation hovered between 3,500 and 4,000 megawatts which she said was too low for a large country like Nigeria. It would make more sense if the government considers ways of improving  the already poor power generation instead of forcing Nigerians to pay more for less services. Nigerians are unwilling to pay the old tariff and you are now forcing them to pay more without better supply”, she said.

She noted that President Goodluck Jonathan meant well for the nation but expressed fear that Mr President appeared to be surrounded by elements within the power ministry who were giving the president bad advice with the intent to corner the proceeds of the tariff for themselves.

She stressed that the politics of tariff increase would only benefit top notchers in the ministry, some of whom, she said owned some power companies that could not generate power for Nigerians but would turn around to take over the sector.

She particularly accused the Minister of Power, Prof Bath Nnaji of misleading President Jonathan against the interest of the people only to take over the industry through his power company and foreign friends.

Also speaking, Chief Justice Mpega, a Port Harcourt-based electrical engineer said the increase in tariff could generate healthy competition and attract foreign investors but said what was more important was the quality of service “you get and until you get it, increasing tariff before improving on power generation means turning laws of Economics upside down”.

Chief Mpega explained in an interview  with The Tide that power was a social service which the government should ordinarily subsidise, adding that with all the rivers, coal, gas in Nigeria, it was a big shame for any person to say government must first increase tarrif before power generation increase”.

He described the new tarrif as anti-Nigerians and against all decent laws of logic and economic sense.

In her contribution, Ms Glory Peters, a hotelier in Port Harcourt is of the few that removal of subsidy and upward review of electricity tarrif all coming within the same six months  in a country like Nigeria is an indication that the common Nigerian is placed last in the consideration  of government.

“The main problem hoteliers have in Nigerian is poor power generation as over 30% of  our spending goes to power. You buy and maintain generator and you feed it with gas or petrol and you sun this twenty-four hours then how much do you make as profit, she queried.

She appealed to the Federal Government to seek an alternative means of attracting investors  into the power sector either by waving tax and other incentives instead of increasing the woes of poor Nigerians masses.

But the Minister of Power, Prof Bath Nnaji said the increase in tariff will not affect the poor as the urban poor and rural dwellers would rather pay N4 per kilowatts as against N7 per kilowatts.

Addressing a town hall meeting in Lagos, the Minister said, all consumers that fall between R1 and R2, based on multi-year Tarrif Order (MYTO) indices will be exempted from monthly fixed charges.

He had explained that the essence of the increase is to attract investors who are unwilling to invest and expand the sector in Nigeria at the current power charge. 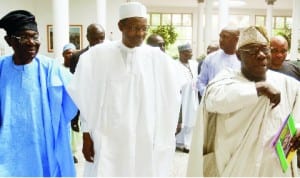