Some participants at the ongoing 47th yearly general meeting of the African Development Bank (AfDB)  in Arusha, Tanzania, said on Wednesday that the demands of globalisation made it imperative for Africans to make their economies competitive.

The stakeholders, drawn from across the continent, emerging economies and global financial institutions, according to The Tide source, submitted that it was defeatist for Africans to blame others for the failure of their economies.

Vanco, who made the appeal while speaking with newsmen in Yola, said that the funds would facilitate the smooth implementation of the programme scheduled to close in December 2012.

“I want to appeal to the state government and the beneficiary local governments to support the programme by paying their counterpart funds.

“Five of the nine beneficiary local government councils of Toungo, Girei, Hong, Madagali and Numan are to pay a total balance of N65.597 million.

He explained that the programme, which commenced in 2006, was in operation in five states of Adamawa, Bauchi, Gombe, Kaduna and Kwara.

According to him, the six-year programme which commenced in 2006 was supposed to have ended in 2011 but was extended by one year to December 2012.

AfDB was funding 81 per cent of the entire project, while the three tiers of government and the benefitting communities were expected to contribute three per cent, six per cent, 11 per cent and one per cent respectively, he added.

He noted that the programme was designed to contribute to national food security and increase access to rural infrastructure in the five participating states.

However, the Chairman at one of the seminars on emerging issues in African economies, Nkosana Moyo, described as disheartening, the usual conclusions that Africans don’t understand themselves, in spite of the accepted notion “we know what we want”.

Moyo, a former Vice President and Chief Operating Officer of the AfDB, said African countries needed right policies that would make it more productive and competitive.

“We cannot depend on foreign investors to come in with everything. Investors always want to take an upper hand and we end up losing.

“Governments should concentrate on making the right policies to protect national and African interests, otherwise outsiders will go away with our wealth,” Moyo said.

Executive Chairman of Infotech Investment Group in Tanzania, Ali Mufuruki, said African governments could not justify the huge budget spent on policy formulation in the face of the sliding character of the continent’s economies.

Mufuruki explained that Africans should re-evaluate their approach to development programmes that would complement foreign investments.

On current trends in global trade, Mufuruki asked: “Are we ready to harvest the rising commodity prices or are we waiting for another lost opportunity?

“All policies we make must be based on empirical ground and not on perceptions by other people,” Mufuruki said, adding: “Africans haven’t prepared themselves for what is happening in the global economy.”

Director and Head of Global Market at the Standard Bank of South Africa, Terence Sibiya, said it was disappointing for primary commodities to still dominate Africans exports.

“We have to break this huge cycle and come up with innovative instruments to safeguard Africa’s interests if we are to eliminate poverty in this continent,” Sibiya said.

Njuguna Ndungu of Central Bank of Kenya, also called for the creation of strong institutions to lead the continent out of poverty and break Africa’s over dependence on aid.”

”Emerging issues have been with us for a very long time. We need to roll out public investment in an innovative way and develop intra-African trade.

“Poverty is a product of institutional failure. Have we changed the development paradigm?  Ndungu asked.

AfDB organised the session to provide an overview of some of the significant forces that could shape Africa’s future.

It was also meant to explore critical public policy choices that could be taken at country and regional level.

An investment expert in Port Harcourt, Revelation Ohio, has called on the Federal Government to partner with Sam Zuga to grow e—naira to become the Nigeria’s digital currency in the cripto market space.

He said this became necessary in line with what is going on in the global digital currency market, where many countries, including the developed Western nations, are keying into the cripto market.

Ohio, the Chief Executive Officer of the Leverage Hub Consulting Limited, who made this known while speaking in an investment forum in Port Harcourt on Sunday, said that Sam Zuga, a Benue State-born Reverend Father, was the first African to develop a digital coin, the Zuga coin.

He described the Reverend Father as a philanthropist who has made remarkable mark in investment all over the world, especially in Dubai, in the United Arab Emirates.

“Sam Zuga is the only African who has stretched himself to compete with those in developed countries in the cripto market, where all the digital coins are all non Africans.

“This man has stepped into the space and developed this coin named after him, and has strictly specified that the coin is African, and as we speak, this coin is strongly growing faster in the digital currency market.

“So it will be an advantage to the Federal Government, through the Central Bank that is considering to develop digital naira, to partner Zuga who is already in the space, as it used to be for those entering the market newly.

“This will have a multiplier effect on our people, as many unemployed persons will be engaged in the business, while the fortunes of many of the youths will be turned around”, he said.

The investment expert also urged the Nigerian public to take advantage of the space available in the cripto world to equip themselves financially, and get knowledge of the cripto market, since that is the way the world is currently going. 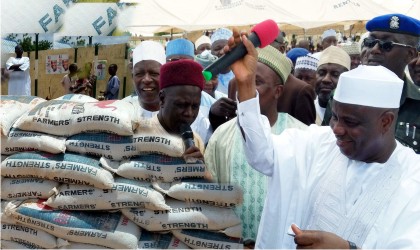 The Bayelsa State Government has allocated 595 hectares of land for the proposed Brass fertilizer company in Odioma Kingdom in Brass Local Government Area of the state.

This was as the government has also hinted that the bush clearing of the site of the said project has commenced in earnest.

The Bayelsa State Commissioner for Lands,Housing and Urban Development, Barr.Esau Andrew, disclosed this in Yenagoa, the state capital at the weekend.

He said that the Federal Government proposed project, when completed, was expected to create employment for not only qualified Bayelsans, but  has the capacity to engage no fewer than 15,000 workforce, with professional and un-professional qualifications.

Andrew who called for unity amongst the people of the host community, reiterated that the Governor Douye Diri’s led administration was willing to create the enabling environment for businesses to thrive in the state.

He averred that the government was also desirous of fast tracking the development of all communities and sectors of the state’s economy through impactful projects and programmes.

“The Brass fertilizer company is situated on a 595 hectares of land in Odioma kingdom of Brass council area.

“There are no problems with respect to the take-off and completion of this gigantic project, but what we currently have there are basically issues on intra-communal arguments as to who becomes the chairman, Odioma Council of Chiefs”, he said.

He added: “As a community member and commissioner in the state executive council, I can assure you that that can’t stall the project.

“Governor Diri has directed the community to toe the path of unity and peace so that they can benefit maximally from this enormous project, and the youths, chiefs and elders of the community are ready to do as directed by the governor”.

In the same vein, the government has reiterated its commitment to building additional housing estates in the state.

To this end, Andrew said that the Governor Diri administration in partnership with the Federal Government’s Ruhi 774 Housing Scheme and Shelter Afrique were set to build new 800 and 100 units housing estates, respectively in the state.

According to him, while the Ruhi 774 Housing Scheme being handled by Real Estate Development Association  of Nigeria (REDAN) is to build 100 housing units in each of the eight council areas of the state, Shelter Afrique on the other hand is expected to carry out the construction of another 100 housing units in Yenagoa.

He said further that the state government has also concluded plans to build additional 260 housing units in the yet to be developed hectares of land acquired by the previous administration for the Ayama-Ijaw Housing Estate in the Southern Ijaw council area of the state. 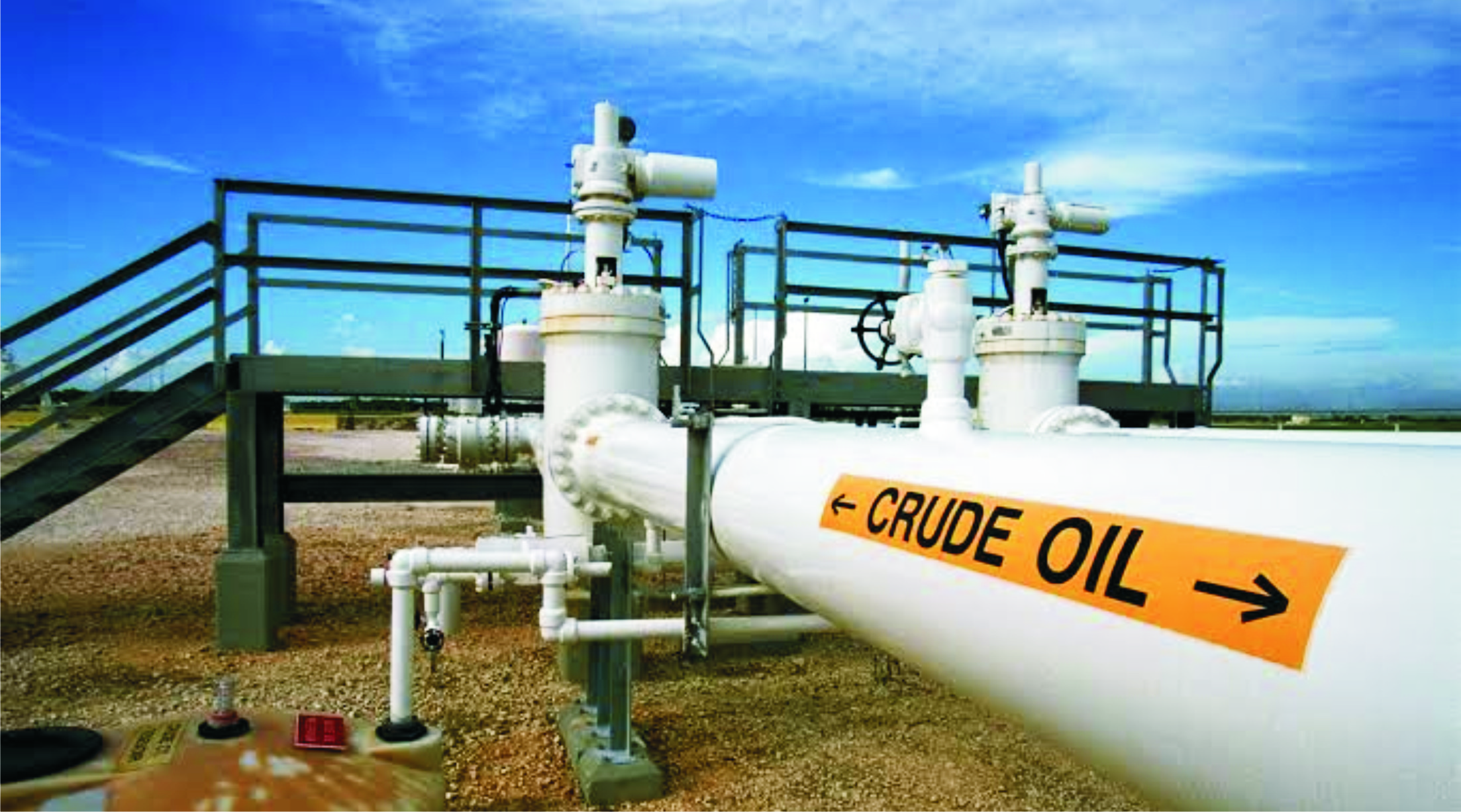 The Department of Petroleum Resources(DPR), yesterday, allayed concerns over the future of crude oil globally, stating that the resource would continue to remain relevant for decades to come due to a number of emerging factors.

In his goodwill address at the ongoing 45th edition of the Society of Petroleum Engineers Nigeria Council(SPENC), Nigeria Annual International Conference and Exhibition(NAICE), Director and Chief Executive of the DPR, Engr Sarki Auwalu, argued that the current apathy towards crude oil is not driven by technical and economic considerations alone.

According to him, the ongoing narratives of the relative significance of each energy type and the clamour of ‘end of oil era’ is not informed by technical and economic considerations alone but by global geopolitics and the vagaries of neo-colonialism as well.

Auwalu maintained that crude oil’s continued relevance in decades to come is because of some of its features as an energy resource, which includes availability, accessibility, affordability, reliability, and efficiency.

This character of petroleum, he explained, gives it a degree of comparative advantage over emerging energy alternatives for secured and stable energy supply.

He said, “I would like to sum up the future of energy in these words: ‘for the foreseeable future, we would continue to see a mix of all energy sources – coal, oil, gas, nuclear, renewables – in the supply equation. Whereas renewable sources will make steady in-roads in the global mix, oil and gas will be relevant in decades to come’.

“This conclusion is informed by the outcomes of market analysis and forecasts based on demand-supply equilibrium, socio-economic fundamentals, climate change and environmental considerations as well as technology and innovation that is shaping the dynamics of global outlook.

“However, we would not delude ourselves that change is not happening; we must continually re-invent the industry and find ways to improve the environmental credentials of oil and gas by deploying technologies for carbon reduction and management to maintain its acceptability as fuel.”

He insisted that Africa, other oil-producing countries and members of the Organisation of Petroleum Exporting Countries(OPEC), must be key stakeholders in global energy discourse and ensure their voices and views are well articulated in discussions about the future of oil and gas.

“Indeed, as Africans, it must take its destiny in its hand and rewrite history, by leveraging abundant human and natural resources which nature has bequeathed on this great continent to create wealth for its people, eliminate poverty, and improve social-economic conditions while driving value for the globe. Only Africa can grow Africa,” he noted.

On its part, Auwalu disclosed that Nigeria had risen to the occasion, and had started using its oil and gas resources to drive value for national development in the face of challenges posed by energy transition and global dynamics.

Specifically, he explained that the DPR was fostering innovative ideas and creating opportunities for investments and sustainability in the petroleum industry, especially most recently, through the establishment of the National Oil and Gas Excellence Centre(NOGEC).

NOGEC, the DPR chief executive noted, was designed as a one-stop shop to drive safety, cost efficiency and value for the Nigerian oil and gas industry.

In addition, he said the DPR identified the need to formulate the Maximum Economic Recovery(MER) Strategy for Nigeria to guarantee the actualisation of sustainable resource optimization and the economic benefits arising therefrom.