The Federal Government has indicated that there would be no sacred cows in bringing to justice those indicted by the House of Representatives adhoc committee that probed the management of the proceeds of fuel subsidy.

This came to the fore following the  directive it issued to the Economic and Financial Crimes Commission (EFCC) on Monday to investigate and prosecute persons indicted by the House of Representatives committee report.

Already, President Goodluck Jonathan on Monday directed the EFCC  to investigate thoroughly, all issues raised by the House of Representatives on the fuel subsidy fund management.

In a statement in Abuja, yesterday, Justice Minister, Mohammed Adoke, confirmed that the presidential directive had been given to prosecute those found culpable by the fuel subsidy probe.

The minister explained that the presidency considered as very important findings of the Reps probe, and assured that everything would be done within the ambit of the law to not only ensure extensive investigation but also prosecution of those indicted.

According to him, the EFCC had already commenced the groundwork for extensive investigation into the issues raised in the report with a view to generating justiceable facts necessary for prosecution.

Against initial speculations that the implementation of the Reps report may be handled by the three anti-graft agencies, The Tide can now confirm that the EFCC has been solely mandated to further investigate the content of the report.

Before the president approved the Reps report, the Chairman of EFCC, Mr Ibrahim Lamorde, Chairman of the Independent Corrupt Practices and other related offences Commission (ICPC) Barrister Ekpo Nta and the Chairman of the Code of Conduct Bureau (CCB), Dr Sam Saba, had last Tuesday met to fashion out how to handle the investigation into the fuel subsidy scandal.

Reacting to the presidential directive, a Port Harcourt- based legal practitioner, Barrister Glad Imabibo, said the President’s action was proper given the hullabalo that trailed the probe.

More importantly, the resolve to pursue the outcome of the Reps report to its logical end, Imabibo hoped, would douse the tension created by the speculations of likely cover up of issues raised in the report, and spare some sacred cows.

In his contribution, Elder Blessing Agama said the  reported assurances given by the presidency that they shall be no sacred cows in the implementation of the subsidy probe report was gradually coming to fruition.

Prior to the approval of the report by the President, the chairmen of three anti-graft agencies had last Tuesday fashioned out how to handle investigation into the oil subsidy scandal.

The presidency source added, “with the latest development from the presidency, it is apparent that only the EFCC will handle the investigation because the President was specific.

“And the task will be easy for the anti-graft agency because it had interacted with some oil marketers on the subsidy issue, in the past.”

The House ad Hoc Committee on Fuel Subsidy recommended that some oil marketers and top officials of the Petroleum Products Pricing and Regulatory Agency (PPPRA) be investigated and prosecuted by anti-graft agencies.

According to the report, those to be probed by anti-graft agencies(now only EFCC) are 121 oil marketers as follows:

17 marketers that did not obtain FOREX but claimed to have imported petroleum products.

15 marketers who obtained FOREX but did not import petroleum products.

18 oil marketers who committed other infractions.

Other issues for probe by the EFCC are :

How 3.171billion litres of PMS got missing. The 3.171 litres of PMS allegedly subsidised were not supplied to the Nigerian market.

Ex-PPPRA Executive Secretaries, Mr. A. Ibikunle (August 2009 to February 2011) and Mr. Goddy Egbuji(February to August 2011) for further probe and trial.

NNPC should be probed to determine solvency

Those indicted in NNPC management and board between 2009 and 2011 should be prosecuted.

On the bazaar in the PPPRA, the report said, “the Committee identified that the marketers were often awarded superfluous quantities of products to supply but often did not meet the target.

“The anomaly is hereby referred to the relevant anti-corruption agencies for further investigation.” 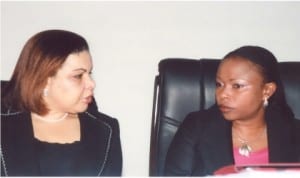