Anthony Idolor, the Head Coach of the Lagos
State Handball Association, has said that his team is determined to win the
gold medal on offer at the 18th National Sports Festival (NSF).

The
festival tagged ‘EKO 2012’ to be hosted by Lagos State has been scheduled to
hold from November 27 to December 9.
Idolor told newsmen at the Lagos State Sports Festival, ‘Ibile 2012’ on
Tuesday that the state’s handball teams were already training hard to win the
men and women title at the festival.

“My target is to win the gold medals. We
are working toward that and by the grace of God, He will give us what we are
working for,’’ he said.

Idolor explained that the ongoing Ibile
Games was aimed at showcasing the talents available as well as identifying new
talents that would represent the state at the event.

“The aim of this tournament is to showcase
the talents available within the local governments, where each sports
association will discover hidden talents.

“This is also an avenue to assess the
players. Some of them are already representing the various LGs, we all know
them, but here is another opportunity to assess their performances,’’ the coach
said. 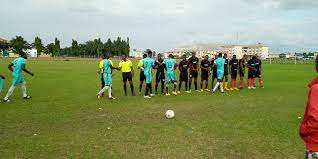 The Head Coach of Rivers State University (RSU) football team in Port Harcourt, Sam Ledor, has said that his team is well prepared for this year’s edition of Port Harcourt City Football League (PHCFL) season.
He explained that what prompted him to register for the tournament was because he watched the maiden edition last year and he loved the quality of the tournament.
Ledor said this in a telephone interview with Tidesports, saying that the tournament will expose hidden talents to the public, particularly in the institution.
This year’s edition of the PHCFL season has been scheduled to kick off this Sunday at the Joseph Yobo Mini Stadium, D/line in Port Harcourt and 24 teams are expected to participate.
“I think the aim of this competition is to catch them young from the grassroots and my University boys (players) are ready to go as one of the grassroots teams.
It is our first time to participate in this competition.
We started our training long before now and my boys are ready to showcase their talent in the tournament,” Ledor said.
He revealed that he registered as coach and player, adding that he wanted to make a statement and to tell people that Sam Ledor they knew before is still there to do what he knows best.
“I am still playing, not retired yet,” he said.
The former Enyimba FC captain further explained that it was not easy to combine study and sports but if you have passion for it and you are focused you can combine the two effectively.
He commended the school’s authority for their support for the team and expressed optimism that his boys will do well in the tournament. 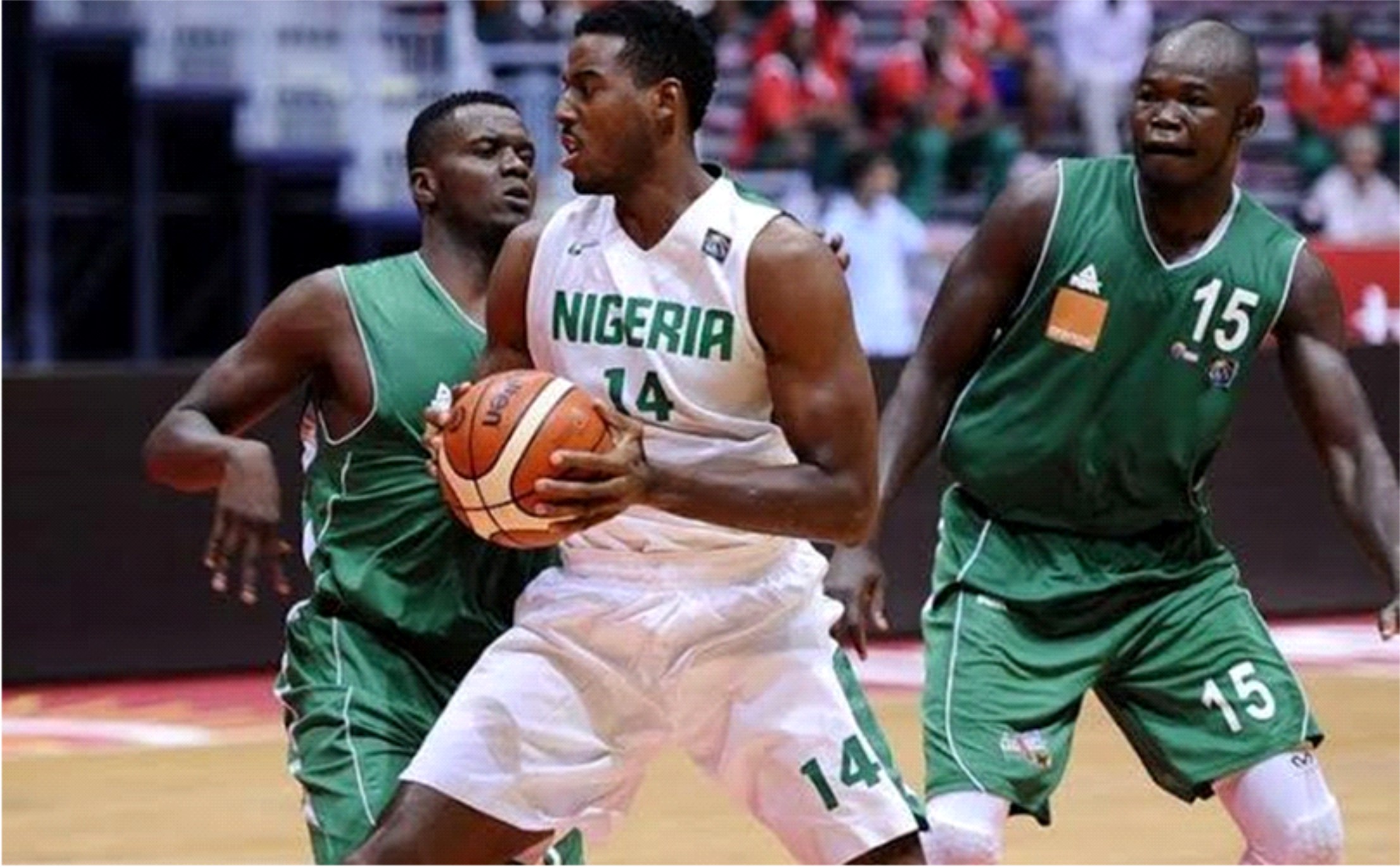 Rivers Hoopers coach, Ogoh Odaudu, has stated that his team’s roster for the inaugural edition of the NBA Basketball Africa League which starts on the 16th of May in Kigali is solid and ready for whatever challenge that will come their way in the competition.
Odaudu, speaking in a chat with Tidesports source from the team’s quarantine base in Kigali, said the selection was strong enough and he believed the team will be ready to compete and match the challenge after strengthening on areas of defects which affected them the last time they played in the continental basketball clubs Championship.
“My roster is quite solid, we were wise enough to pick people, players that will help us in areas that we are deficient with, the areas that we suffered a lot last time that we were on the continent. And judging from the way the team is going and the local talents that we have, I think we are more than ready to match any opposition.” 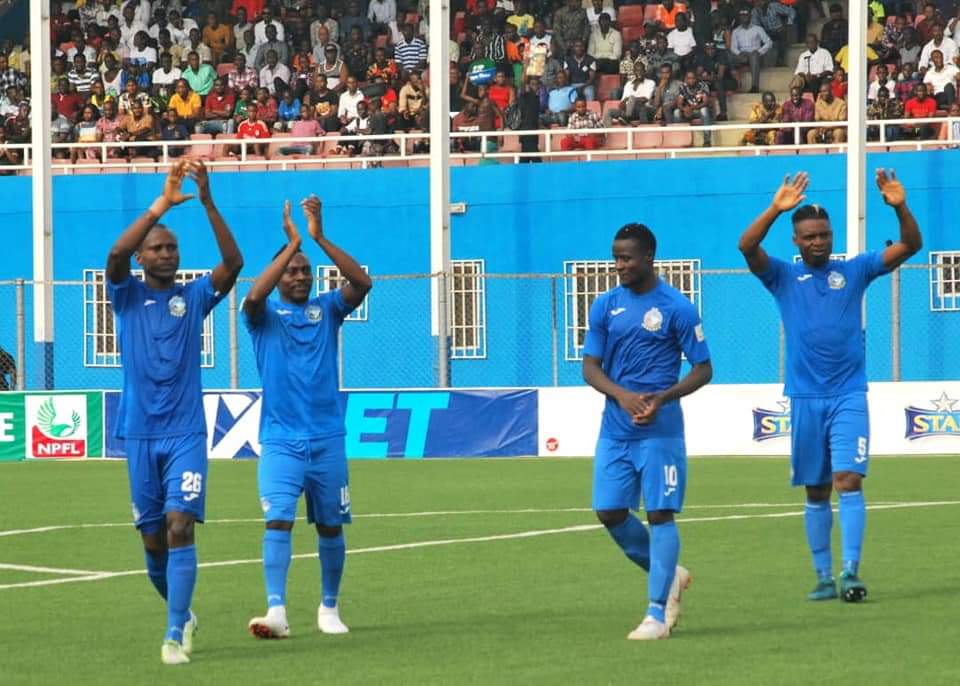 Nigeria’s preparations for the 2020 Tokyo Olympics has hit top gear as 16 Athletes departed the Murtala Mohammed International Airport, Lagos, on Thursday, for Texas where they will take part in relay qualifiers.
A statement from the media office of the Minister of Youth and Sports Development, Sunday Dare, stated that the 16-member team, including coaches, decked in their new kits were seen off by the minister.
The team was camped in Abuja for three weeks, in preparation for the relay races in the U.S. which serves as qualifiers for the Olympics, the statement said.
“This came after missing out of the World Relays in Poland due to visa issue. This is contrary to the reports in a national daily which claimed team Nigeria was stranded due to lack of funds,” it said.
According to the Secretary General, Athletics Federation of Nigeria (AFN), Niyi Beyioku, the athletes are highly motivated to participate in various relays in the U.S.
“Contrary to a report which claimed the team was stranded, you can see that it is not true. They are decked in their new kits, courtesy of the Minister, who pulled all the stops to make the trip a reality. The team has no financial problems.
“Team Nigeria’s Olympic preparations is on track. This is evident in what we are seeing. The advance party went ahead to fine tune all arrangements.
“This is a mark of the commitment of the Honourable Minister to ensure a hitch-free event and podium success in Tokyo,” he said.
Beyioku further affirmed that the Athletes had trained well and were motivated to make the country proud.
“All the COVID-19  protocols for a successful trip have been carried out.
“To underscore the importance of the trip, the Minister lived up to his promise to see the athletes off, to motivate them, to make Nigeria proud by qualifying for the Olympics and win medals.
“The team will take part in the first relay on May 9,” he said.