The leadership of the Petroleum Natural Gas Senior Staff Association of Nigeria (PENGASSAN) has kicked against unfair labour practices at the oil and gas zone in Rivers State by companies operating in the area.

In an exclusive interview,  with The Tide the union’s national president, Comrade Babatunde Ogun said one of the grievances that warrant the nationwide strike by the union was the issue of unfair labour practices and anti-union activities of companies operating in Onne oil and gas Free zone.

The guildelines stipulates that “ all workers in the Free Trade Zone and Export Promotion Zone shall not be denied the right to freedom of association and collective bargaining.

It further stated that unionization in the free zone shall therefore follow the provisions of extant labour legislations in view of the fact that the act regulating to zone does not preclude unionisation.

Comrade Ogun stated that all cases of abuse  and denial of labour rights against workers in various companies operating in the Onne Free Trade Zone including Cledop, Pressure Control, Titan Tibular, Vam Onne/Marine Platform must stop.

He said the union has called on the Federal Ministry of Labour to intervene and direct the senistisation of companies and administrators operating in the free Trade Zone on the labour legislations.

The PENGASSAN president said that the union has also called on the Labour Minister to engage the Minister of Trade and Investments on the issues in earnest to avoid  imminent labour crisis in the country.

Comrade Onuegbu condemned a situation where cases before the National Industrial Court in Abuja, Lagos, Calabar, Owerri and Enugu divisions emanated from industrial disputes in the state.

He said the cases of unfair labour practices, and anti-union posturing in the state are aided by the frivolous use of the National Industrial Court by these companies managements. 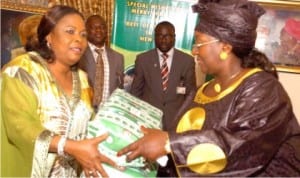