President Goodluck Jonathan, has condemned yesterday’s attack on a church in Jos, Plateau State which claimed 11 lives while over 22 injured.

President Jonathan who condoled with the injured victims and  families of the dead, said government would not relent in its efforts aimed at tracking down the culprits to face the law.

The casualty resulting from the suicide attack on St Finbar’s Catholic Church, Rayfield, Jos included the two suicide bombers and the motorcyclists who were nabbed at the scene.

Another corpse was said to have been deposited at the mogue of Jos University Teaching Hospital.

The Chief Medical Director, Dr Ishaya Pam, said: “we received 15 casualties from the attack. One of the victims died while 14 sustained various degrees of injuries and are in critical conditions.

“Some sustained varying degrees of burns while three had gunshot wounds. But they are in stable condition and responding to treatment.”

On its part, the Red Cross indicated that it had taken 22 people injured in the blast to various hospitals in Jos metropolis.

“For now, we have 22 injured at Jos University Teaching Hospital, Plateau Specialist Hospital and Air Force Military Hospital in Jos.

“Many of the injured are in critical conditions but they are stable and responding to treatment. But we also note that some of the injured were taken to different hospitals in the metropolis by different people.

Special Task Force (STF) spokesman, Capt. Markus Mdahyelya, said the security outfit was responding to an emergency and would issue a statement on the incident later.

“We are in an emergency situation now; we will react to that one later. There is a report of reprisal attack in Mai Aidiko and we are trying to bring the situation under control”, he told newsmen on phone.

But in a reprisal attack, Christian youths killed at least 10 people after a suspected suicide bomber hit a Catholic church in Jos on Sunday, killing about 11 people, and injuring many.

“The situation is bad,” health commissioner for Jos, Sati Dakwat told newsmen. “Several were killed in the reprisal attacks, more than 10.”

Islamist sect Boko Haram has claimed responsibility for a wave of bomb attacks on churches across Nigeria since Christmas Day. The bombing campaign has raised fears that the group is trying to ignite sectarian conflict in Africa’s most populous country, split roughly evenly between Christians and Muslims.

In the past decade Jos has become the main flashpoint for tensions between Nigeria’s Christian and Muslim communities. Bombers have targeted its churches many times since Christmas.

An eye witness watched angry Christians set up road blocks near the church. In the past, such a move has preceded retaliatory violence against Muslims.

Styled on the Taliban, Boko Haram’s methods have become more sophisticated in the past six months, and it has widened its targets beyond the police and other authority figures to include Christian worshipers.

On February 26, a suicide bomber drove a car packed with explosives into a church in Jos, killing two people and wounding 38. Christian youths beat two Muslims to death in revenge. 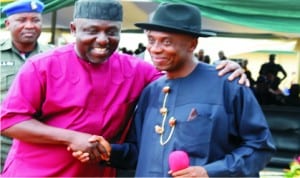