The exercise was carried out by the agency in collaboration with the Association of Table Water Producers (ATWAP).

The Rivers State co-ordinator of the agency, Mr Bolakule Ayinde said that the affected factories failed to comply with the regulations for  the production of satchets water, adding that some of them were operating under unhygienic condition without regard to good manufacturing practices (GMP), while some operated without NAFDAC licence.

According to him, the agency is determined to bring sanity to the industry.

The coordinator also called on the public to report suspected illegal water producers and other regulated products to NAFDAC.

Chairman of the Association in the state, Engr Alex Erekosima thanked the agency for ensuring that all water producers were members of ATWAP.

He said that ATWAP would collaborate with NAFDAC until sanity was restored in the industry. 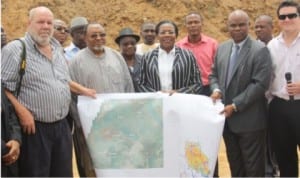 Why S’ Africa Apologised To Nigeria