A new multi-million dollar agricultural scheme that would cost about $140m is now in the works by the Rivers State Government.

The scheme is billed to be sited in Etche Local Government Area of the state. The Executive Director of the Rivers State Sustainable Development Agency (RSSDA), Mr.Noble Pepple  disclosed this during a press chat tagged,” Dissecting Amaechi Administration’’ yesterday, in Port Harcourt.

Mr Pepple said that the project is a Public, Private Partnership (PPP) between the State Government and an Israeli firm, LR Group and would come on stream in 24 months, adding,” it would be a major pin up by His Excellency to leave an enduring agricultural legacy in the state.

According to him, the cost of the scheme and would be shared on 40 -60 percent basis, as the state is expected to contribute about 40million dollars.

The RSSDA Executive Director further stated,” it’s a 2000 hectares scheme and would be supported with agric farm settlements as major components including modern facilities”.

“It would be supported with agro-villages and about 300 farm settlements would be established and it is expected to provide jobs for about 5000 people’’.

He stated that already feasibility studies have been concluded and talks have equally begun that with communities in the area for land acquisition, while noting by the end of the second quarter of the year it would be officially unveiled by Governor, Rt. Hon. Chibuike Amaechi.

In a related development, the RSSDA has disclosed plans to organise a Job Fair to beef up job opportunity for the youths in the state.

Executive Director of the agency, Mr. Noble Pepple made the plans public during a chat with newsmen, yesterday.

Mr. Pepple said the fair would provide a platform to bring together employers and employees and reduce the information gap between them.

The programme, he stated, is going to be organised in collaboration with the State Ministry of Employment Generation, stressing that the Amaechi-led administration has improved on youth employment and education considering the various scholarship scheme it has provided for teeming youths of the state.

The RSSDA boss used the forum to debunk claims in some quarters that its scholarship scheme was being done on patronage and connection. 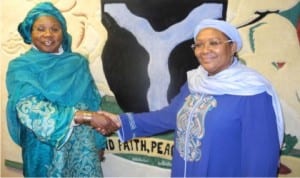