The Black Stars of Ghana and their Ivory Coast counterparts, the Elephants will today face stiff tests in their bid to live up to the pre-tournament favourities tag at the on-going 28th African Cup of Nations in Equatorial Guinea and Gabon.

Both heavyweight sides are billed to confront two contrasting opponents for the right to reach the championship match of the competition in Gabon on Sunday.

While Ghana will face the challenge of the Chipolopolo of Zambia in  Bata, the Ivorians will come against the Seidon Kieta led Mali in Gabon later in the day.

For Ghana, the pressure is on them to go all the way to the title and add to their existing four, won several years ago.

Also, the Black Stars will be playing for one of their matches, Anthony Annan, the diminutive midfielder who lost his mother last Thursday but refused to go home, believing that winning the Nations Cup would be the right way to honour his late mother.

But the Ghanaians must first of all deal with the resilient and effiencient Zambians, whose coach Herve Renard believes that they have already achieved their objective by reaching the semi finals.

According to him, Zambia will not be under any pressure and wants to beat Ghana to reach the final.

Ivory Coast on its part will meet fellow Francophone Mali, with similar style but different quality in personnel.

The Elephants are yet to be fully tested, raking in a 100 per cent record without going through all the gears, yet. But Mali, who came from behind to overcome co-hosts Gabon and the vociferous home supporters will certainly have a say on whether the Ghana-Ivory Coast final predicted by pundits will manifest, afterall. 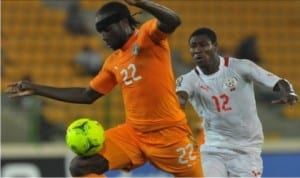