The Rivers State Police Command, has debunked rumours to the effect that a bomb was found at Mile III Diobu, Port Harcourt.

The state Police Public Relations Officer  (PPRO), Mr Ben Ugwuegbulam told  The Tide in a telephone interview that there was no truth in the story that a bomb was discovered by the police in Diobu.

Mr Ugwuegbulam said that the police anti-bomb squad was alerted by the Azikwe Police Division over the discovery at Sina Street, behind the Rivers State University of Science and Technology (RSUST), Port Harcourt at about 4 pm last Saturday.

He said that on getting there, the anti-bomb squad discovered that the item was not a bomb and attributed the false alarm to the activities of mischief makers who wanted to cause panic among residents of the state.

The police public relations officer, who advised the people of the state to go about their lawful duties, however, urged them to be vigilant and report any suspicious character to the police.

Meanwhile, some residents of Sina Street who spoke to The Tide alleged that the parcel bomb which was discovered at the back of a building in the  area was defused by the police.

They, however, pleaded for more security personnel to be posted to the area to check the activities of mischief makers. 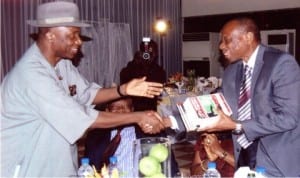