The leadership of Jama’atu Jama’atu Ahli Sunna lid Da’awati wal Jihad popularly known as Boko Haram, under the supervision of Imam Abubakar Shekau, shocked Nigerians yesterday via online website, YouTube that it was soldiers and the police that killed Muslims in last week’s attacks in Kano.

In his 41 minute clip posted online, Boko Haram says that the group’s targets in Kano were the security agencies and Christians.

“We never touched ordinary people in the city, instead we gave them protection,” he said, “they [soldiers] would rush to the media and say it was us who did it,” said Shekau.

He said their reason for hitting the city of Kano was because of the arrest and detention of several sect members, including children and women.

“Jonathan cannot crush us, killing us is not a victory over us. Many prophets and learned men of Islam were murdered but their legacies still live,” he concluded.

Meanwhile, President Goodluck Jonathan has challenged the Islamist militant group to identify themselves and embrace dialogue.

President Jonathan told them to clearly state their demands as a basis for talks, while acknowledging that military confrontation alone would not end their insurgency.

In an interview with newsmen at the Presidential Villa in Abuja, Jonathan also said there was no doubt that Boko Haram had links with other jihadist groups outside Nigeria.

“We will dialogue, let us know your problems and we will solve them but if they don’t identify themselves, who will you dialogue with?”

But he cautioned that the crisis would be much harder to resolve than the one in the oil rich southeastern Niger Delta, which was largely defused in 2009 under an amnesty he helped broker.

According to reports, the Boko Haram sect killed more than 500 people last year and more than 250 in the first weeks of 2012 in gun and bomb attacks iin Nigeria .

Coordinated attacks in the northern city of Kano killed 186 people last Friday in its most deadly strike to date, prompting the President to visit surviving victims.

Boko Haram, whose name means “western education is sinful,” was formed in 2002 in the remote northeastern city of Maiduguri. It launched an uprising against the government in 2009 that security forces crushed in days of fighting with the sect that reportedly killed around 800 people.

Its leader Mohammed Yusuf was captured and died in police custody during those battles, triggering vows of revenge from other members of the sect which they now seem to be honouring in attacks on security forces establishments and Christians.

The group’s members maintained they want to impose Sharia law across Nigeria. 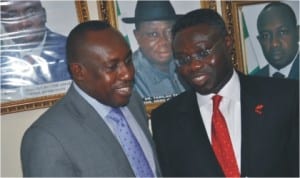 Those Kano Killings …If Kwankwaso Had Learnt Early