As the Federal Government and Academic Staff Union of Universities (ASUU) meet today to deliberate on issues affecting Nigeria’s university system, there are indications that something reasonable would come out of it.

The National Assembly through the Senate President, David Mark, announced last Wednesday, the approval of the extension of retirement age of professors from 65 to 70 years.

This is one of the issues ASUU is demanding from the Federal Government.

Since December 5, 2011 the umbrells body of lecturers in federal and state – owned universities had embarked on an indefinite strike alleging that the federal government was foot-dragging over the implementation of the 2009 FGN/ASUU agreement, which promises better funding of universities, extension of the retirement age of professors to 70 years, university autonomy and better condition of service, among others, after signing the agreement with the Federal Government in October 2009, after nearly three months of strike, the union, led by its National Executive Council (NEC) President, Prof. Ukachukwu Awuzie, has been complaining about the non-implementation of most components of the agreement and issued several warnings, especially last year that it was running out of patience.

In May 2011, after a National Executive Council (NEC) meeting of the union, it accused the federal government of insincerity,  said, members were calling for a one-week warning strike which began on September 26, and then till now.

The  Minister of Education, Prof. Ruquyyatu Ahmed Rufai, has urged the union to be patient and stated that the bill was before the National Assembly.

Prof. Rufai, while briefing newsmen at the end of a meeting between Federal government and ASUU which ended in deadlock last month, appealed: “I will still insist and plead again that ASUU has to call of the strike.

“We have already agreed that we will continue to negotiate in terms of ensuring that all the issues at stake will have to be addressed”.

The Education Minister urged students to be patient and understand the situation in the country.

While assuring that the federal government was making efforts to transform the country and was not pleased with the shortfalls in the universities.

Expressing her views on the latest development, the Owerri Zonal Cordinator of ASUU, Mrs Emilia Jaja, in a telephone interview with The Tide, acknowledged that the National Executive Council (NEC) of ASUU is meeting with Federal government today and that is when Federal government will officially present the document to the leadership of the union.

According to her, “It is a big sacrifice from the Professors anyway, because they are giving out a lot, but it is okay.

“Well we are very hopeful, if they meet on Monday, every other thing would be looked into, you know, that is not the only thing we have”.

She said when federal government looks at the other things, ASUU would call its national officers for briefing before local chapters would take action.

Her words: “We are hopeful that by Monday, something reasonable will come out of it. It will be reasonable enough”.

Bearing his mind on the move, in a Short Message Service (SMS), the ASUU Chairman, Rivers State University of Science and Technology (RSUST), Chapter, Dr. Felix Igwe, recalled that the strike was called due to the non-implementation of the 2009 agreement.

According to him, “After the meeting on Monday, the union will convene NEC meeting to review the level of implementation of the said agreement and subsequently, decide on the way forward”.

He, however, appealed to governing councils of both federal and states universities that have not made any effort to implement the agreement to pay the requisite arrears of the accrued salary difference from July 2009.

He said that has become necessary so as to avert further strike after the national strike is been suspended.

Also expressing optimism about today’s meeting between the federal government and ASUU, a school teacher, Mrs Hannah Obiekwe, who said, if the National Assembly has approved the retirement age of Professors from 65 to 70 years, acknowledged that it is better for us.

“Experience has shown that the more you teach, the more experience you gain and the society taps from this laudable experience of teachers”.

She advised government to treat members of ASUU with respect and dignity arguing that without them, students would have no future.

Also speaking, a non-academic staff in one of the tertiary institutions in Port Harcourt, Mr. Durum Nnanna, but they expressed optimism that the two parties would reach agreement today to enable students go back to school.

He cautioned that strike action should not always arise between Federal government and ASUU can reach agreement to avoid disruption in the academic calendar.

However, the National President of National Union of Rivers State Students (NURSS), Mr. Warmate Awoloye, expressed concern over the issues of ASUU’s incessant strike actions and appealed to ASUU to see to the plight of the federal government on education vis-à-vis the removal of fuel subsidy.

Awoloye said based on that, he is hopeful that the standard of education students crave for in the universities would come to fruition.

He advised both federal government and ASUU to dialogue and call off the strike as soon as possible because according to him, “we are tired of staying at home and we want to avoid further demonstrations on the streets”.

“So, probably on Monday, the strike will be called off”, he assumed.

ASUU members feel they had so many disappointments in the past and so would not take anything for granted.

Just last Thursday, the Minister of Education, Prof. Ruquyyatu Ahmed Rufai again, expressed optimism that the strike embarked upon by ASUU would soon come to an end.

Her words: “We are going to meet again with ASUU on Monday, and it is our hope and desire that after that meeting, we expect that they will call off the strike”.

I think what  is left are one or  two grey areas that  need to be addressed and Nigerians and undergraduates wish the federal government to reach a compromise with the lecturers.           There is a concensus that universities should come back to normal.

With the move by the federal government, to resolve the crisis, public university undergraduates should expect positive results from today’s meeting.

Some parents and guardians in Rivers State have expressed happiness over the re-opening of schools for the exit classes in the state by government.
They said such re opining was a welcome development as it has put to an end months of agitations and speculations since the outbreak of the COVID-19 pandemic in the country that forced the closure of schools across the country.
Speaking to The Tide in Port Harcourt over the weekend, Mr Johnson Chigozie lauded both the Federal and State governments for the gesture and said the opportunity would afford both parents, guardians and their children to move forward.
He urged management of schools in the state to organise intensive revision classes for both those in Junior Secondary 3 and their Senior Secondary 3 counterparts before their examinations.
On his part, Mr Akordinobi Egbegbu, a father of four, urged the affected schools to ensure they complied with the NCDC guidelines for the health of the students and the society at large.
He advised the state Ministry of Education to set up monitoring committees that will ensure total compliance and sanction erring schools in this regard.
Also speaking, Mrs Oluchi Samuel said parents now have a sense of relief due to the resumption of schools, ,adding that it will give the graduating students opportunity to meet up with their academic pursuit.
“Most of them would have been busy with their admission into another educational level but due to this scourge they are held back.
Anyway, it is better to be late than none “she stated. 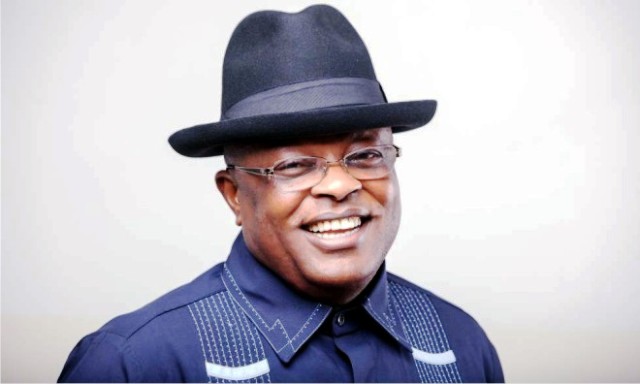 Governor David Umahi of Ebonyi State has said that COVID-19 will help in checking ‘giraffing’ among students during examinations.
Giraffing, a malpractice, is used to describe the practice of peeping and copying from the scripts of other candidates in an examination environment.
Umahi made the declaration over the weekend in Abakaliki during a training organised for teachers and health workers who would be involved in the forthcoming West African School Certificate (WASC), examinations for students in the Junior and Senior Secondary 3 classes.
The governor said that observance of the pandemic’s preventive protocol of social distancing would ensure that students sat apart during the examinations.
”This is a good side of the pandemic and it will ensure that ‘giraffing’ will no longer work.
”The problem with COVID–19 is that it is not all about the individual but his or her family and friends.
”When we don’t totally m teacher to student, from student to other students and unto parents among others,” he said.observe the protocols, God forbid, the disease will be transmitted from teacher to student, from student to other students and unto parents among others,” he said.
Umahi directed that locations should be earmarked for hand washing in all the schools as students were expected to wash their hands before entering their classes.
”They should sanitise their hands with sanitisers, have their temperature checked and those with high temperature should be taken for tests.
”The positive cases will be treated immediately and they will rejoin their mates.
”The relevant authorities should ensure that teachers and students wear face masks before they enter the schools as they should adopt no face mask, no entrance policy,” he said.
He noted that the state government would provide preventive items to the students, teachers and health workers who would be involved in the examinations.
”The 38,000 students will receive four nose masks each, the 4,000 teachers get 75,000 face masks while the 500 health workers will receive over 1,000 face masks.
”The students, teachers and health workers will also receive sanitisers and liquid soaps freely while parents are mandated to provide water bottles for every student,” he said.
Dr Onyebuchi Chima, State Commissioner for Education said that there would be no morning assemblies in the schools while break periods would be suspended.
”Teachers should ensure that all COVID-19 protocols are observed to ensure that the students take their examinations safely,” he said.
Dr Daniel Umezurike, Commissioner for Health, said that the state presently had 908 confirmed cases of the disease with 33 deaths, 835 discharged and 40 active cases.
Mrs Betty Anyigor, a participant at the training, said that she would properly educate students on the COVID-19 protocols to check the disease’s spread during the examination. 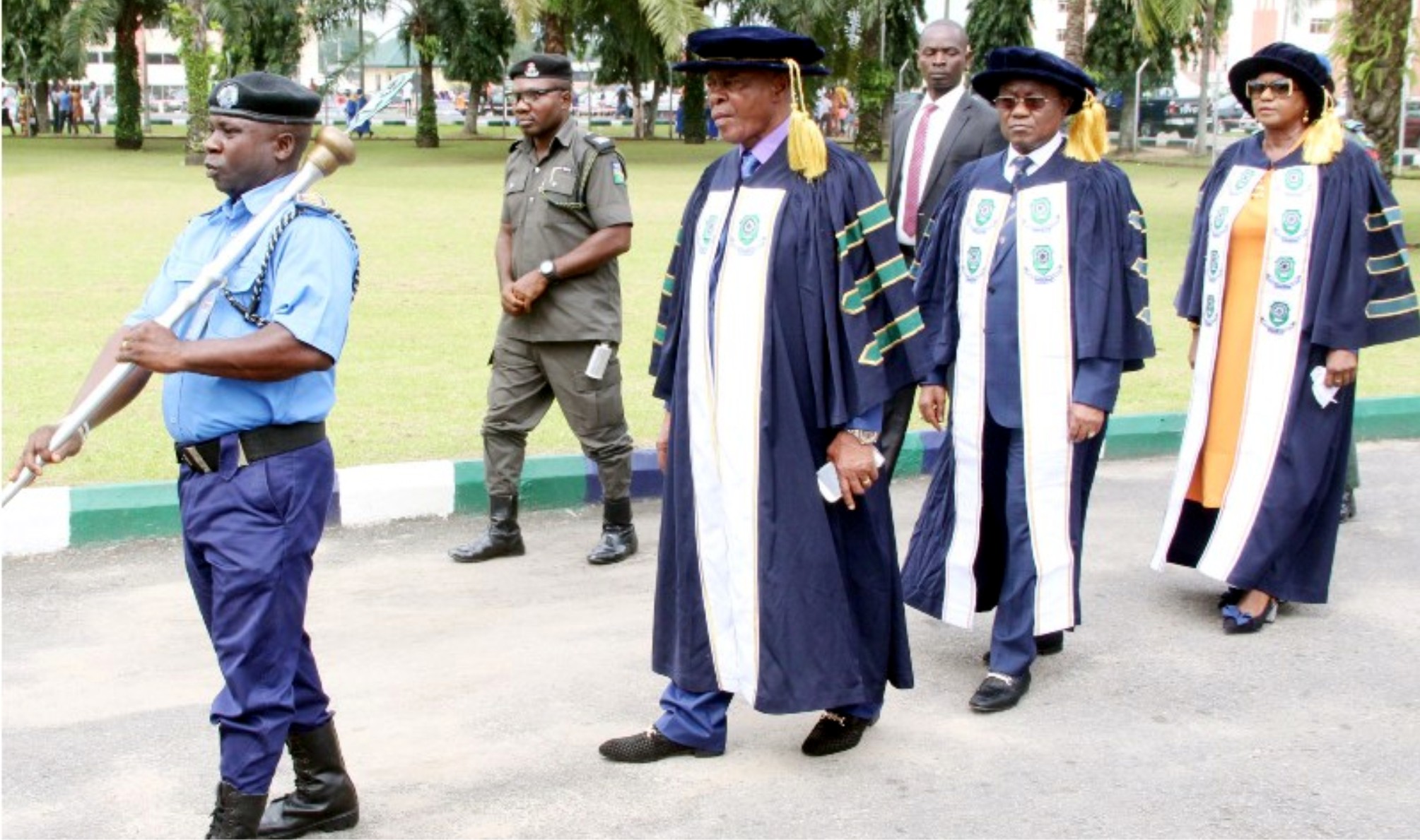