Coordinating Minister for the Economy, Dr Ngozi Okonjo-Iweala, has said President Goodluck Jonathan is still consulting with relevant stakeholders to take a decision on the issue of fuel subsidy removal.

Okonjo-Iweala made this known to newsmen on Wednesday in Abuja at the 2012 budget breakdown briefing.

“The President is consulting widely, he makes the final decision, he is talking to stakeholders all over the country and at the appropriate time, he will make the decision.”

She said that the 2012 budget was the new agenda for the transformation of the Nigerian economy, adding that government was committed to achieving economic growth that would affect the lives of Nigerians.

She said that the budget was not focused on one year but on medium term framework, noting that the structure of the budget would continue till 2015.

“By 2015, we are going to reduce the recurrent expenditure from 74 per cent and the structure of the budget steadily down and we hope to get it back to where it was six years ago at 67-68 per cent.

“So it’s not just looking at this one year but we are setting a base and I think that is what should be monitored,” she said.

The minister said that the 2012 budget would focus on four pillars which include macro-economic stability, structural reforms, governance, institutions and investing in priority areas.

She said that the areas were identified to help achieve fiscal consolidation, inclusive growth and job creation.

To achieve the set objectives, she said government had already started taking the bio-metric data of civil servants to weed out ghost pensioners and workers to bring down the amounts being spent in such areas.

Okonjo-Iweala noted that agencies with over-lapping functions would be restructured to help reduce the recurrent expenditures.

“We will be looking at commissions and committees to see if their mandates still obtain years after they have delivered  whatever function they were supposed to deliver.

“It is still valid to keep them alive, we are talking of restructuring of some part of the government to yield the result we projected into the medium term,” she said.

She noted that to reduce domestic debt profile, which currently stands at 16.4 per cent, more attention would be paid on revenue generation.

Others, she noted, include completing of viable ongoing projects, progressing the privatisation of the power sector in line with the power road map, passing the Petroleum Industry Bill, investing in critical infrastructure, among others.

Commenting on the deadline for the 2011 budget, the coordinating minister for the economy said the financial year ends by December 31 and all unspent funds must be returned to government.

“This is the best practice internationally and we are going to do that.” 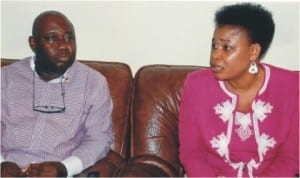