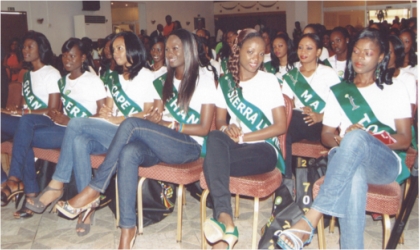 The Governor of the Central Bank of Nigeria (CBN), Malam Sanusi Lamido Sanusi, has emerged winner of the Forbes Africa Person of the Year 2011 Award.

This was contained in a statement signed by Mr Muhammed Abdullahi, Head of CBN’s Corporate Communications and made available a copy to newsmen in Abuja.

The statement said that Sanusi was named winner from a short-list of five of Africa’s most influential personalities.

The statement quoted the Managing Editor of Forbes Africa, Chris Bishop, as saying that those shot listed “have had significant influence on the events of 2011 on the African continent.”

The statement said that since assuming office as CBN Governor, Sanusi’s far-reaching reforms in Nigeria’s banking sector had won him many accolades at home and abroad.

This feat, it added, had won Sanusi “no less than five honorary Doctorate Degrees from various Nigerian Universities,” noting that the rigour with which the CBN tackled its banking crisis had attested to the determination and courage of Sanusi.

“The hard line reforms, which drew criticisms and personalised attacks from some interested parties on the domestic front, earned him the approval of even western regulators and politicians, many of whom are still struggling for solutions to the financial crises in their own countries,” it said.

The statement identified some of the unique features in Sanusi’s handling of Nigeria’s banking crisis to include, the creation of the Asset Management Corporation of Nigeria (AMCON) backed by legislation, with the mandate to buy up Non-Performing Loans (NPLs) from deposit banks.

It said that the renewed strength of the Nigerian banking sector juxtaposed against the current impasse in the banking crisis in Europe arguably vindicated the hard-line of the Sanusi-led CBN in the past two years.

In his acceptance speech, Sanusi attributed his achievements as CBN Governor to the collective result of the 5,000 workers of the bank.