President Goodluck Jonathan on Wednesday in Abuja formally presented to Nigerians a loaf of bread made from 40 per cent cassava flour, with a promise that he would continue to consume the brand until he leaves office as president.

Jonathan, who presented the bread shortly before the commencement of the weekly Federal Executive Council (FEC) meeting at the Council Chamber of the Presidential Villa, said he had been eating the variety for a week now.

“I feel it is only proper for us in Council to formally present this bread to Nigerians. I have been eating this bread for the past one week and I will continue to eat only this bread until I leave State House.

“We must encourage what we have. Other countries that became great did not wake up one day and become great.

“For us to move forward, we must also tame our exotic taste.

Some of the things we bring from outside are not as good as what we have within our country.

“I believe that with this, so many of those who produce wheat products will begin to use different percentages of cassava flour.”

The president said government would introduce policies aimed at encouraging producers to use cassava flour to produce bread.

He, therefore, directed Dr Ngozi Okonjo-Iweala, the Minister of Finance and the Coordinating Minister of the Ecomony, to liaise with some cabinet members to come up with a strategy of granting incentives to bread producers who used the cassava flour.

Jonathan recalled that the cassava flour project began during the administration of former President Olusegun Obasanjo to encourage the use of at least 10 per cent of cassava flour in bread-making.

Our correspondent reports that the president and all the cabinet members attending the meeting took turns to taste the bread.

In his remarks at the event, the Minister of Agriculture, Dr Akinwumi Adeshina, who presented the bread to the president, said Nigeria produced 35 million tonnes of cassava, but accounted for zero per cent in terms of value added.

According to him, the Federal Government, under the Agriculture Transformation Strategy, is working hard to create a new market for cassava growers.

Adeshina said the bread, with 40 per cent cassava and 60 per cent wheat contents, was originated by the International Institute for Tropical Agriculture (IITA) in Ibadan.

He said that the project would save the country at least N656 billion, which he said was the sum being spent on wheat importation annually.

Adeshina explained that with such a development, job opportunities would abound and markets opened up for cassava farmers.

He said that with the stimulation of local production of cassava, there would be stability in the price of the produce.

The minister said that the success of the project would put Nigeria on the threshold of being a producing country. 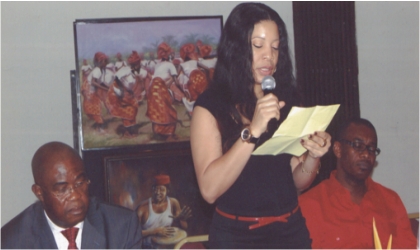