The Inspector General of Police, Mr Hafiz Ringim, has said that the spate of kidnapping in the country would be over within the next six months.

He said: “there are certain things I don’t want to tell you about our plan as regards kidnapping, in less than six months, kidnapping will never be a problem in Nigeria again.

Because we have a method and tactics to follow, I can assure you that we are going to end kidnapping.”

Ringim, who was represented by the Ogun State Commissioner of Police, Mr Nicholas Nkemdeme, said that national security entailed all activities geared towards the maintenance of law and order.

He said the combined efforts of security agencies would also help to protect lives and property as well as the territorial integrity of the nation.

The police boss said that democracy was a critical factor in ensuring national security, saying: “when votes count, then security risks and electoral violence will gradually decline.

“When this is not the case, then, desperate, intolerant and ruthless contest among political parties and leaders which threaten our democracy occurs,” he added.

He said the duties of the police as spelt out in section 214 of the constitution revealed that the force remained a major stakeholder in the sustenance of democracy and national security.

Government, he added, had improved the capacity of the force by providing sophisticated communication gadgets and training of personnel to handle effective deployment of technology.

“To ensure the seamless working of our personnel, the Federal Government has been sending policemen to China for training on the handling and effective deployment of technology.

“We have also installed Automatic Vehicle Locator in Lagos, Bayelsa and Port-Harcourt, with a view to covering the entire country as soon as possible,” he added.

Ringim said the force had also taken delivery of 24 Armoured Personnel Carriers (APCs), 65 Hilux Toyota vans for patrol as well as three helicopters for surveillance in Abuja and Lagos.

He further gave an assurance that the insurgence of the Boko Haram sect would be over soon, saying, the police and other security agencies were on top of the situation. 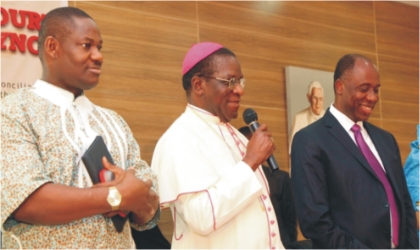