Nigeria’s three refineries will soon undergo Turn Around Maintenance (TAM) intended to achieve 95 per cent capacity. Already, BP and Chiyoda, the European and Japanese firms that built the refineries are set to carry out a 24-month overhaul of the nation’s refineries.

Minister for Petroleum Resources, Mrs Dieziani Allison-Madueke, made this known in Port Harcourt, while responding to questions at a technical session, at the Rivers State Investors’ Forum at Government House, Thursday.

She said with the planned turn around, there would be a drastic reduction in the nation’s perennial importation of refined petroleum products into the country.

According to her, Nigeria’s refineries were operating at only 40 per cent installed capacity as at the time President Goodluck Jonathan came into office, but things have since been upgraded to achieve the current 60 per cent output level.

The Tide investigations reveal that the old Port Harcourt refinery was built in 1965 by Shell/BP, followed by the Warri and Kaduna refineries on which construction work started in 1975 and 1976 by Snamprogretti Spa of Italy and Chiyoda of Japan, respectively.

On the oil-sector reform being pursued by the Federal Government, the minister said that it was intended to create employment for the youths and add value to rural life through the integration of oil-bearing communities as stakeholders in the nation’s petroleum industry.

While assuring investors that the Nigerian Content Act was not intended to indigenise oil firms, she urged Nigerians to read through the Act with a view to exploiting the opportunities that would unfold as the oil and gas agenda got implemented.

She also disclosed that the Federal Government was collaborating with an Indian firm to build fertilizer plants across the country, pointing out that each of the plants would be expected to produce fertilizers that would be suitable to the peculiar soil conditions of its geographical zone. 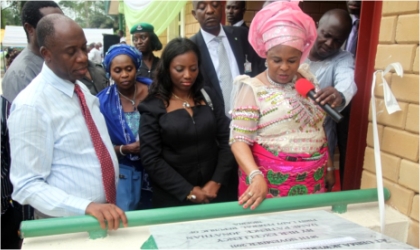