The state governor, Dr. Emmanuel Uduaghan who formally presented the handing-over letters to the missionaries assured teachers and non-teaching staff of the affected schools that their monthly salaries and pensions were guaranteed by the state government.

He said that his administration was determined to ensure that schools were returned to their original owners as it would help improve on the standard of education.

“This exercise is intended to improve on the standard of education. The mission has done this before and can still do it”, Uduaghan said.

The governor noted that government schools would compete with mission schools in providing quality and standard education in the state. “I believe the mission will provide a standard for government schools. We shall strive to match this standard.”

Governor Uduaghan lamented the moral decadence in the society stressing that education had declined  because teachers and students were no longer dedicated to their responsibilities.

Speaking further, he said the situation was different in mission schools “Society is gradually declining morally. Schools have lived up to expectation in this aspect because the students and teachers are dedicated”.

He commended the mission for their patience with government over the handing-over process adding that the process took over 10 years and promised that all issues arising from the handing over would be amicably resolved.

In a brief response, the Bishop of Anglican Dioceses of Oleh, Bishop Jonathan Edewor who spoke on behalf of the mission expressed appreciation to the state government for formally handing over schools to the mission.

He promised that the mission would do its best to build a high educational standard in the state and called for the co-operation of all Deltans in achieving this goal.

Bishop Edewor commended the Commissioner for Basic and Secondary Education, Prof. Patrick Muoboghare for accelerating the handing over process and appealed to government to give the mission the free hand to run the schools.

Highpoint of the ceremony was the presentation of handing-over letters to representatives of the mission which comprised of the Anglican, Catholic, Africa and Baptist Churches.

Meanwhile, the Delta State Government had earlier approved the construction of new schools in communities that had only missionary schools as replacement for those handed over to the mission to enable them choose over which to attend.

The State Governor, Dr. Emmanuel Uduaghan who announced this during the inauguration ceremony of the State Bursary and Scholarship Board in Asaba, said two schools had already been established in Ozoro and Ororokpe to kick start the programme.

“My administration has approved the return of 40 schools to the missionary. The state government has also approved the establishment of two new government schools in Ozoro and Ororokpe as the only school in the community were mission schools,” he said.

Responding, the Chairman of the board, Rev. Fr. Buchi Aninye thanked the state government for giving him the opportunity to serve the state and promised that he would do his best in improving the image of the state.

He called on Deltans to give the board the necessary support, especially through prayers in order to enable them excel in their assignment. 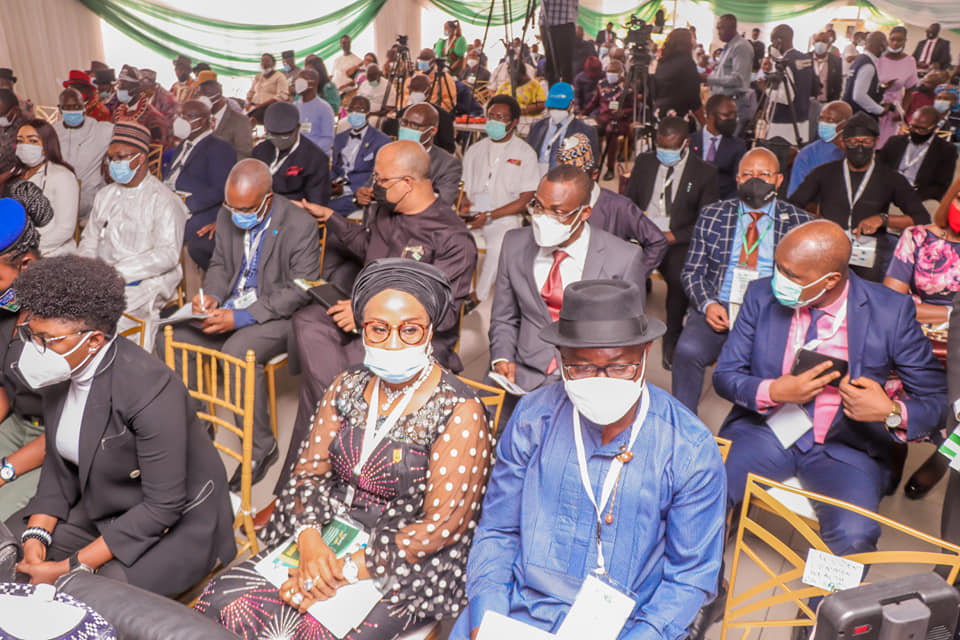 Akwa Ibom State Government has been ranked one of the best performing states in the 2020 Sub-National Budget Transparency Survey.
The survey, which was conducted by the Civil Resource Development and Documentation Centre, (CIRDDOC), to ascertain the level of budget performance by states of the federation, revealed that Akwa Ibom and four other states topped the budget performance index for the year 2020.
The Nigerian States Budget Transparency Survey Report also revealed that Akwa Ibom and some other Nigerian States have significantly improved budget transparency and participation, and has improved the robustness of the procurement process, a confirmation of the resolve of Governor Udom Emmanuel at ensuring that the budget was structured in a way that guaranteed people participation and buy in for effective monitoring, tracking, assessment and evaluation of its implementation.
The survey report, which was made available to the public by the Executive Director, CIRDDOC Nigeria, Ral Nwankwo-Obioha, indicates that “Akwa Ibom, Ekiti, Kaduna, and Ondo states each scored above 60 percent, meaning they provided significant budget information, spaces for public participation throughout the budget process, and information on procurement”.
“Only Oyo and Zamfara states provided almost no budget information, had non-existent spaces for public consultation, and opaque procurement processes”.
Mrs Nwankwo-Obioha said the objective of the report was to compare the degree of budget transparency across states, promote international best practices with regard to budgeting and budget process in the states and to inspire and encourage the spirit of competitiveness’ amid states towards promoting budget transparency and government accountability.
“The support and promotion of accountable government is the responsibility of all.

Delta State Government has said that it would revoke the Certificate of Occupancy (C of O) of any land in the proposed Asaba Industrial Estate that is not used for the right purpose for which it was allocated.
The Commissioner for Information, Mr Charles Aniagwu, disclosed this while briefing journalists on some key decisions reached at the State Executive Council meeting, held on Tuesday at the Exco Chamber, Government House, Asaba, which was presided over by Governor Ifeanyi Okowa.
Mr Aniagwu noted that approval of the status support on the Asaba Industrial Estate was given by the state Exco, adding that in giving the approval, Exco examined the status of land that had been allocated to a number of industrialists previously.
According to him, the essence of the status support is to ensure that the allocations fell in line with government’s desire to have a functional industrial estate.
He pointed out that those who may have decided to deploy some of the land allocated to them to other uses will now realise that they have to use it (the land) for the proper purpose for which the land was allocated them.
The information commissioner stated that such people (allottees) would have to come forward for the purpose of revalidation, reiterating that those who have decided not to do anything at all on the land allotted to them would have their C of O revoked by the state government.
Mr Aniagwu said, approval was given for the rehabilitation of the Owa-Oyibu Sports Complex and other works because of decay.
To aid access to the new Federal Road Safety Corps Training School in Owa- Alero, Ika North East Local Government Area of the state, the commissioner said the access road was also approved for tarring and total reconstruction. 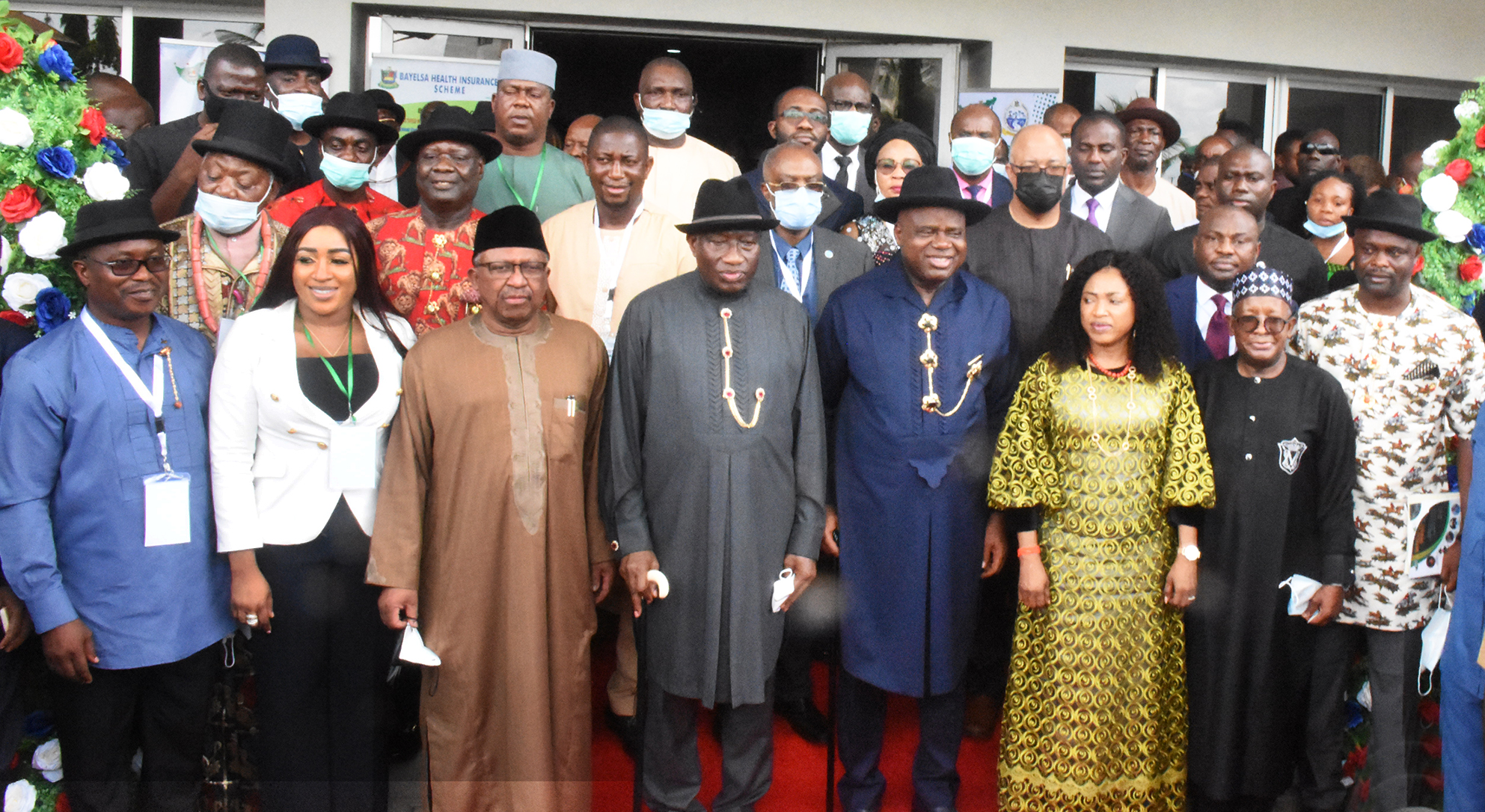 Former President Goodluck Jonathan has revealed that among the numerous bills he assented to while in office as president, three of them have remained very dear to his heart.
Jonathan gave the insight during his remarks as a special guest of honour at the opening of a three-day Health Summit organised by the Bayelsa State Government in Yenagoa, the state capital, last Monday.
He listed the three special bills as the National Health Bill, the Freedom of Information Bill (FoI) and the Nigerian Local Content Bill establishing the Nigerian Content Development and Monitoring Board (NCDMB).
Among dignitaries present at the event were Governor Douye Diri; Minister of Health, Dr Osagie Ehanire; Director-General, Nigeria Centre for Disease Control, Dr Chikwe Ihekweazu; WHO Country Representative, Dr Walter Kazadi Mulombo; and Dr Osahon Enabulele, who was the keynote speaker.
The former president, however, said that among the three pieces of legislation the Local Content Law was making the most impact because it provided for a board to oversee the activities of the NCDMB.
Jonathan, a former governor of Bayelsa State, became Acting President in May, 2010, following the sudden death of President Umaru Musa Yar’Adua, and was later elected president in 2011 on the platform of the Peoples Democratic Party.
He was defeated in 2015 by the incumbent President Muhammadu Buhari, of the then opposition All Progressives Congress (APC).
Jonathan said, “I thank the Honourable Minister (of Health) and the (state) commissioner for health made reference to the National Health Bill that I signed into law in 2014. As a president, I signed so many bills into law, government bills and private bills.
“But there are three bills that till today I am quite pleased that we signed into law. The National Health Bill is one of them. The second one is the Freedom of Information Bill that affects my good media people and the third is the Nigerian Local Content Bill.
“But the Local Content Law provides a board that manages the process; they are working very well and the results are obvious. But these other two are not because there is no ombudsman kind of to oversee what is being done.
“Most cases I believe that 30 to 40 per cent of doctors practising in Nigeria will not even know the details about that (National Health) Bill. So I will request the minister, as you go back to Abuja; luckily from what you said, you are expanding on that Act, may be developing a manual to guide practitioners.
“I think there is a need for a summit or conference that will dwell only on that Act for state actors, private actors and even those who teach in the university. Before you graduate as a doctor you should really have an idea about the law.
“And when the states are domesticating that law based on local circumstances with a clear knowledge of the law, it will help us greatly to improve on our health services.”