The Rivers State Government, has challenged top government functionaries to use the ongoing five-day retreat to chart a fresh course for the last lap of Governor Chibuike Amaechi’s administration.

Giving the challenge Monday in his opening remarks at the retreat tagged,”Strategic Retreat,” held at the Songhai Farm located in Tai Local Government Area of the State, Secretary to the State Government, Mr George Feyii stated that the programme would set fresh agenda on how to consolidate the numerous achievements of the government in the next three and half years.

In his words; “we are looking at where we are starting and where we are now and the place we will like to be in 2015”.

Against this backdrop, he submitted that serious stocktaking process had become necessary in order to adopt,”practical steps” on how to tackle the challenges of governance.

He said the retreat would equally beam light on the shortcomings of the past with the aim of re-engineering the system for effectiveness, “if we do not sit back and reflect about where we are, we will not be able to achieve our objectives,” he noted.

With major focus on service delivery,  Feyii opined that over the years, some challenges had surfaced but advised on the need for the participants to be focused, as it would provide the necessary momentum to stimulate change in the polity.

According to him, the state had some challenges in infrastructure provision, which he observed was the major pivot of the administration.

The Secretary to the Rivers State Government who is also the Chairman of the Retreat Organising Committee said though the exercise had some hiccups, it was geared at showcasing the agric facility said to be one of the best in the region.

Earlier, at the praying session, General Overseer of  Gateway International Church, Rev. Izunwa urged the participants to ensure that the lives of the citizenry were improved upon.

Rev Izunwa described governance as a call to serve the people, and urged the administration not to lose focus of its vision, assuring that God would always provide guidance to those that rely on him. 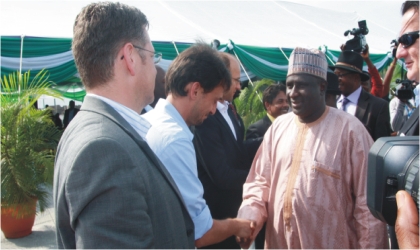